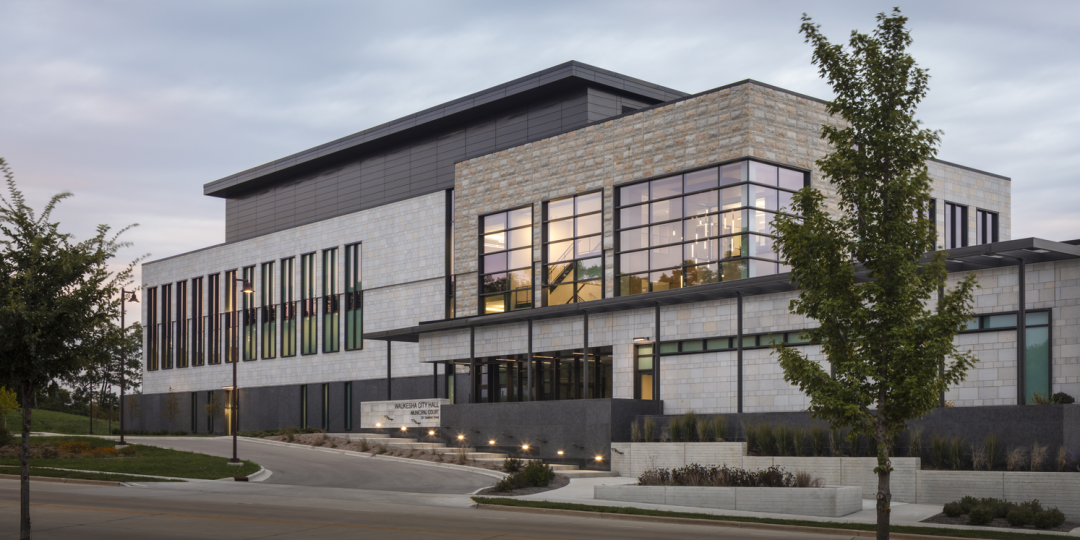 The Many Sides of Design

It’s fitting that this podcast is called Side of Design—particularly for this episode. When you say the word “design” to 100 people, they’ll likely picture 100 different things. Design is deeply subjective and personal. Still, we can get a sense of what design looks like by asking the people who live it every day. For our most recent episode, we sat down with 13 BWBR team members to ask them: How did you know you wanted to be in the design field?

The answers are as fascinating and diverse as the people who gave them.

I came to design later in life after having worked in many fields including as a cook, an armored car driver, and a guard. Eventually, I took a Frank Lloyd Wright tour in Chicago, and it blew my mind. The deep attention to detail really made me think about how well everything had been thought out. This was the spark that got me interested in design. Frank Lloyd Wright was my first design love and I thought I was going to focus on architectural history and academia, but once I graduated and started working in a firm, I never looked back. While I’m ingrained in project work now, I bring my appreciation for the history—and Grandpa Frank.

As a kid, I was into LEGOs. My parents had a friend who was an architect, so I was familiar with the field. In high school I took welding and building trades and CAD, and then did an interior design workshop as a junior. While I loved that workshop, I spoke with an instructor there who asked if I’d ever considered architecture. I took that advice and ran with it, and here I am.

My mom was a fine artist, and we always had art in our home. My father was a mechanical engineer, and that background melded with the art context from my mom and it came together as architecture. One of the first buildings that inspired me was the Cathedral of Saint Paul. I fell in love with the detail of it. Even though I’m not designing today, I’m around design all the time—and in the construction process, there’s still design as part of every day.

My dad was a contractor so I was immersed in that world, but I realized that I didn’t specifically want to be a contractor. Still, being able to create space was always in the back of my mind. I really liked art and was always creative, and was intrigued by the spatial aspects of creating, improving, and moving through space. That’s what led me to architecture. As you move more into a field, it’s easy to lose sight of the original inspiration behind entering the field, so it’s good for me to keep thinking back to what brought me here.

I used to want to be a fighter pilot, but didn’t have the eyesight for it. Then I learned that my Grandpa had designed and built his family’s house. He wasn’t an architect, but that idea of creating a space for my family just stuck with me. So ever since I was about 10 years old, I wanted to be an architect. I was lucky enough to intern at a small firm in high school, and that gave me exposure to different types of architecture and I realized that maybe single family homes weren’t where I wanted to be.

In college I kept pursuing architecture and came to understand that the type of architecture you do determines the number of people your work touches and the depth of that impact. A single family home might have an impact on fewer people, but immense impact on that one family. A big box retailer will impact far more people, but less intensely. I realized that education and health care represent a middle ground where you’re impacting many people on a deep level. I want to design spaces that mean a lot to a lot of people.

One day after class, my seventh grade geometry teacher said to me, “There’s something about your spatial ability; you really seem to like geometry. Have you ever thought about architecture?”

The architectural stool that I sit on has three legs. The first leg is that I used to love building snow forts and tree forts as a kid, but as soon as I was done building them, I got bored and never played in them. It was about the building process for me. The second leg: I worked a lot in construction growing up. I didn’t want to be a laborer for the rest of my life but felt that this foundation could be useful. The third leg: I have two brothers, both of whom are architects. After school I went into the service and when I got out, I pursued architecture mostly because that’s what my brother did. It wasn’t until I was actively in the field that I realized how much I loved it, and was lucky enough to be recognized for my capabilities. I’ve been in the field ever since, but it’s still evolving. I’m also very interested in sustainability, and some of my favorite career moments have been the chances to really focus on sustainability aspects of projects.

When I was 10 or 11 years old, my grandma and her friends took me on a tour of a neighborhood with a new development of model homes. I was infatuated with these homes and the different floor plans and cool outdoor spaces. One had a treehouse attached to it, like a luxury treehouse, and that stuck with me. Ever since then, I had an interest in how houses are laid out. I’d pick up magazines with floor plans in them. I’d start drawing my own floor plans. As I grew older and started to pursue this field academically, I realized that it wasn’t really about designing houses for me but rather the psychology of spaces. Taking a variety of courses in college helped me get a feel for the direction I wanted to go in, which led to interior design.

Growing up, my family was big on movie nights. I loved action movies. My favorite part of the movie was always in the opening or closing credits when they’d pan over city skylines. I’d notice different buildings and it made me want to look deeper into that. When I was in fifth grade, we got a laptop through my mom’s work and I’d spend tons of time looking up cities and skylines, and I’d try to recreate them and make my own elevations. I thought it was weird, so I’d hide the files. Around that time, I started to learn about different fields that people had found success in, mostly by Googling, and architecture came up around the fifth search. I was like, “That’s what I want to do.”

I’ve known since a very young age that I wanted to be an interior designer. My dad was a contractor and I’d hope and pray that he’d bring home a set of sheets with different floor plans for me to look at. I was obsessed with drawing my own floor plans. I had writing all over the floor, and my dad would walk me through the floor plans. I had a binder full of the ones he’d let me keep, and I’d hoard the binder in my room. I think I still have that binder. Inside it I’d also keep little facts my dad would share with me, like always stack the restrooms to save on plumbing.

I didn’t really digest the difference between architecture and interiors. I was just passionate about design. In college, I interned with a residential company and realized that wasn’t where I wanted to go. I realized I liked having these larger projects where I can get my own personal tastes and ideas more involved. I like to think back to when I was a kid and being inspired by those designs from my dad, and it’s kind of cool to be able to be in the field I dreamed of all that time.

My undergrad was in environmental chemistry, and I thought I’d pursue forestry. The day after I graduated college, the whole family jumped in our minivan and drove to Montana where we build a house. That tactile experience, framing up walls, mocking up a cardboard fireplace to decide where it should go—and then months later, actually sitting on the couch and using that space—it was so rewarding. It was an “aha” experience. I started working construction and studying for the GRE to get myself on the path toward architecture. I wanted to be able to create that tangible experience for other people. It continues to excite me about each new project I work on.

As a kid, I always carried around a sketchbook with me and would doodle in it. I kept filling these sketchbooks. By the time I got to high school, I’d build my whole day around art classes. I also worked on the yearbook staff, which gave me another angle for art and design. When it came time to apply for college, I was interested in an early admission program at Stout where you had to be pretty clear on what you wanted to pursue. I realized that graphic design gave me the variety that I was looking for.

Growing up, my dad lived in Santa Barbara and there was a cool, modern house next door. Somehow I got the idea that it was a Frank Lloyd Wright house, though I didn’t know the significance of that. In high school, we had to do a report on a “great American” and Wright was one of the options. Remembering the house next door, I chose him. As I’m researching, I’m realizing that none of his work looked like the house next door, but I was still fascinated by it. I saw Falling Water, and every single thing about that piece of architecture jumped off the page at me. I thought, “If this is what architects do, this is what I want to do.” Right there, I set my path.

The funny thing is that in my final year of a program, I was supposed to pick an architect to study and I ended up with Schindler. I’m flipping through his books, and suddenly, there’s the house next door to my dad’s house! It was never a Frank Lloyd Wright house after all, but if I’d never thought it was, I may never have done that original project and been so inspired by Falling Water. Great closure on the story.

Every one of these stories about someone’s “why” gave us a bit of inspiration, and we hope they did the same for you. What’s your “why”?

Don’t forget to listen to the whole podcast for even more inspo and insight!

CONTACT US TO DISCUSS YOUR DESIGN NEEDS, OR LEARN MORE ABOUT OUR WORK.