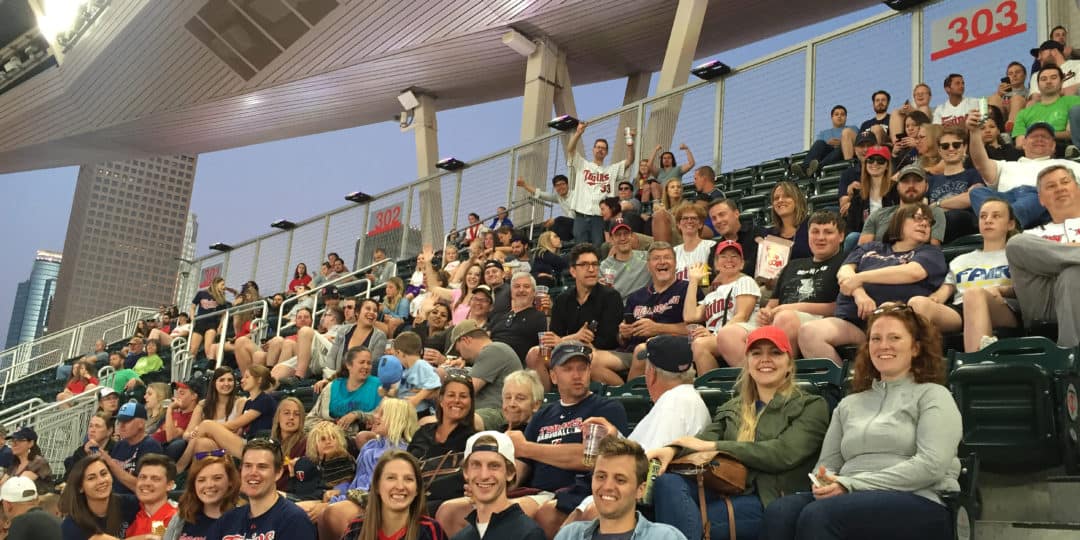 The start of baseball season for so many of us brings visions of grandeur and drama that we all imagined in childhood. Standing on that mound, we faced down the biggest of hitters – Babe Ruth, Jackie Robinson, Ty Cobb, or Kirk Gibson. We threw the perfect strike, and, five minutes later, we hit the biggest grand slam.

For my brother and I growing up on the farm in northwest Minnesota, this was our inspiration and our imagination. However, for all the great plays the two of us made, our ad hoc baseball stadium always proved to be a logistical challenge. There were a lot of breaks in the action, with much time spent walking back and forth to retrieve yet another wild pitch, or subsequently retreating again to recover the ball naturally overthrown or bounced past the pitcher. 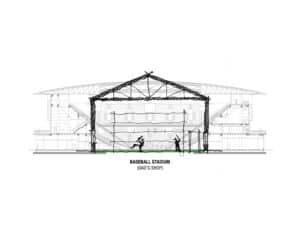 Despite our challenges, we boldly went all in. In our eyes, we had a ballpark to rival Fenway Park, even if the grass faded into gravel just behind second base. Baselines were mowed precisely straight, a nicely centered and perfectly round “pitcher’s mound,” and even some on-deck circles at each side of home plate. I could see this green masterpiece from my upstairs bedroom window, and I would often look down upon it and fill in the missing pieces: the bleachers, the upper decks, the scoreboard, and the roar of the crowd (made audible on many occasions with a raspy, hissing sound from deep down in my throat – a mostly inhuman sound for which my dad didn’t much care, but in my ears accurately replicated the sounds of a ballpark).

We had never actually been to Fenway, but this studiously designed part of the farm yard transported us there time and time again.

From where does the inspiration for design come? Does it materialize from thin air? Is it dependent upon our past memories and experiences?

While some combination of all of these is required, clearly imagination plays a key role, but what does that really mean? Some psychologists believe that there are two types of imagination: A passive imagination when our imagination resorts to past memories for inspiration, and an active imagination that applies reason, comparison and choice.

When you experience a place for the first time, you develop a memory based on sights, sounds, and even your feelings. As you get further from the reality of an experience, your imagination begins to fill in the gaps. All places promote memory, and as architects, we want to ensure a lasting memory. Truly great architecture should evoke all of the senses. The physicality of architecture is not the only consideration. The overall atmosphere created or the activities celebrated become equally important. I believe that when your mind is deeply stimulated, it remembers the experience in a more meaningful and lasting way. 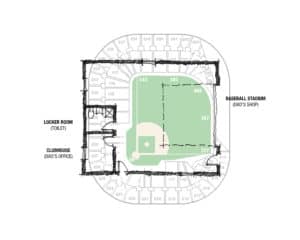 In that stadium of dreams my brother and I visualized, we had to use our imaginations – and some well-placed props – to play in the big leagues. The ability to tap into this visionary view of baseball served us especially well the day our father’s new shop on the farm was completed, and thus we ushered in a new era of baseball on the farm. In a bold move for the farm, our dad oversaw the construction of a large, high, two-bay shop. What dad saw as the means to greater success of his vocation and livelihood in support of his family, my brother and I surveyed and quickly determined to clearly be a “domed stadium.”

Leaning heavily on our imaginations, our domed stadium became real: the crisply laid baselines (black electrical tape); the angular outfield fence (an amalgam of cardboard, taped together, replete with homemade advertising);, the Steel Monster (the overhead door serving as the right field wall, our version of Fenway’s Green Monster); and a scoreboard (a marker board providing an inning-by-inning tally). They all served to enhance our experience to the point that, not only were we staying cool and playing a sport we loved, we were doing it all in a place we created that was magically transporting us to the real thing – and, although we didn’t know it then, creating memories.

What if we always ignited our imaginations to see the design through the eyes of those one day experiencing it?

What if our imaginations could stimulate the imaginations of others through designs that made them think, delight, pause, innovate, heal, or remember? What if every design decision was viewed through a lens of “Am I creating a lasting memory?”

Whether imagination is sparking inspiration for great architecture, or experiencing a space is forming meaningful memories that will one day become enhanced by imagination, the end game is the same. Architecture that is thoughtful and evokes your senses will entice clarity, and creativity. In the layered richness and simple complexities of light, space, textures, materials, proportions, and rhythms, the architecture defines, frames, and affects the moment. If the design deeply touches the mind, body, and spirit, a memory is created. In that moment then, a shop on the farm becomes a major league ballpark. Design then becomes something special – and something memorable.