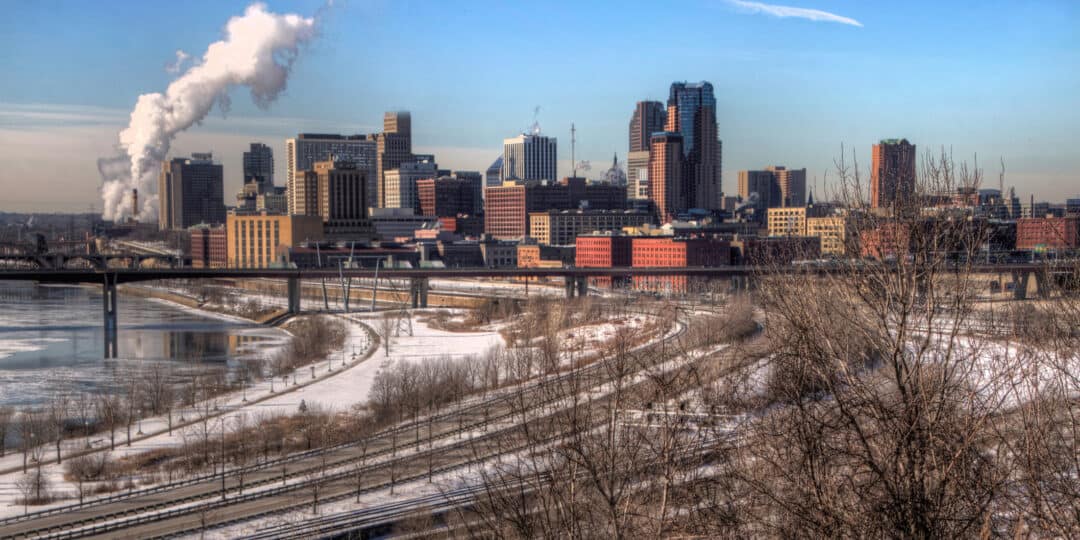 The Imperative to Make Equity More of Sustainability Strategy

As COVID-19 spread across the United States last year, the pandemic’s disproportionate impact on communities of color and communities with low incomes (often one in the same) raised significant questions about health care equity and access.

Less discussed was location and community design. Studies like one from American University found that communities where pollution is prevalent had the highest COVID-19 infection rates as well as mortality rates, 40 and 19 percent respectively in the American University study. Largely, those communities are populated by people of color, largely Black and Latine.

In fact, 60 percent of the total U.S. population lives in areas adversely affected by pollution and lack of green space or an urban canopy. Not only did these communities prove to be highly susceptible to infectious disease, they are also most at risk from the effects of climate change and global warming.

It was the intersection of community, health, equity, and design that three advocates in these arenas gathered during the annual recognition to Earth Day to discuss the sustainability movement and its role in building communities that are equitable and healthy, especially for groups who often are not represented where the decisions are being made about where they live.

“Equity is the serious question of who we’re designing for, where we’re designing for. Sustainability can be so many things. It’s not just green roofs and solar panels…Equity is a real honest, sincere look at who is affected, and then make decisions based on that.”

“It’s not too long ago that all men and women weren’t created equal in the written law. Our communities still suffer the damage of segregation and inequitable laws and practices, like discriminatory lending, redlining, gerrymandering, toxic waste zones. All these things, they still happen,” said Steph Leonard, associate director of market transformation and development at the U.S. Green Building Council’s office in Minneapolis. “They are practices that our communities were built on…and deprogramming that, becoming aware of that, acknowledging that, dismantling that, and accepting one’s role in that, and working to change that, needs to be an active and daily intentional practice in all walks of life.”

Leonard was joined by BWBR’s James Nutt, AIA, LEED AP, who serves on the firm’s equity task force, and Sara Goenner Curlee, AIA, LEED AP, who is the firm’s key manager for performance design focused on developing and coordinating BWBR’s existing sustainability design program as well as leading efforts to improve the sustainability standards of projects across all industry types. The three, all white, recognized their background in the discussion, but they said they joined it to talk about their journey towards equity and anti-racism and how it is influencing their perspective on the sustainability movement.

While many of the design elements like highway placement, rail corridors, and industrial zoning that have contributed to significantly lower life expectancies for many people of color are outside the realm of architecture, Nutt said the practice is not absolved of the role it plays in the quality of life of the people who interact with it.

“There’s what we are going to do for and to that community and also what has been done in the past, as a lot of these communities have had good things done, and a lot of them have had a series of micro-aggressions against the neighborhood. And there’s a lot of times of just unintended consequences,” Nutt said.

“We’ve all done projects where the goal is to maximize the property that we have, for the most profit, you know, get as many offices as you can into a space, and we’ve all done projects where the owner was really invested in community and they wanted to create pocket parks or say something to and about the urban fabric. So, we should come into these projects with just open curiosity, learning who we’re designing for. How does it feel? Does it feel safe? Who does it feel safe for? Are we protecting for something or against something?”

Curlee noted many of the failures in developing communities through architecture can be traced to a lack of engagement with the community, not developing the necessary relationships with those who would be impacted, or not learning and listening to their needs.

“That’s the history of architecture in some ways,” she said. “Some of the large affordable housing developments you think of over the years, it was some great idea to make these high rises that had them all together, and then they just  didn’t work out so well.”

The three noted, it’s not just about the execution, but it’s also about the process and how those working for building owners, in community development, and in the sustainability arena engage populations who are not white and middle or upper class. They noted this can be when community engagement meetings are scheduled and how they are structured to bring their voices to the process.

“In some communities, they are comfortable with being in a public forum and getting up and complaining about something or asking a question. In some communities and some cultures, that is not acceptable,” Nutt said. “You need to understand a way to pull out those questions, whether it’s considered polite, or that it’s not acceptable. Not everybody thinks the way we do.”

“There’s this thought of privilege, privilege around thinking that our actions to the planet don’t matter. But they do. We are part of this planet, and I just feel like some of that privilege, whether it’s conscious or unconscious, is also being used to maintain these inequitable systems to society.”

“One thing that has become more prevalent, I think, in the sustainability movement is an emphasis on beauty and delight of the project and what it can mean to people in that sense of what it brings to our culture, what it brings to our everyday experiences,” Curlee said. “It has to be that, too, so that people will value it and treasure it and feel comfortable in it and safe in these buildings.”

Curlee admitted striking that balance needs to come with perspective about our actions and choices and the impact both have on those around us, not just ourselves in the moment.

“I just think sustainability…I can’t get away from the idea that there’s this privilege. There’s this thought of privilege, privilege around thinking that our actions to the planet don’t matter. But they do. We are part of this planet, and I just feel like some of that privilege, whether it’s conscious or unconscious, is also being used to maintain these inequitable systems to society,” she said.

“It’s really easy to focus on what we need right now to get past right now, and I feel like our job as architects and designers is to think about that decision in context of the larger and longer timeframe,” Nutt added.

The three recognized there has been movement to evolve sustainability beyond the lenses of energy efficiency, carbon neutrality, and water conservation, such as the 2019 adoption of the Framework for Design Excellence by the American Institute of Architects, but they also noted that a concerted focus on equity can bring about sustainability.

“Equity is the serious question of who we’re designing for, where we’re designing for,” Nutt said. “Sustainability can be so many things. It’s not just green roofs and solar panels. But certain aspects would be important to one project and in a way that it might be inappropriate in some projects. Equity is a real honest, sincere look at who is affected, and then make decisions based on that.”

“I do think that there’s a marriage between the two. If you think about a staff at a school district that changes their practices to ensure energy efficiency, and better building performance, and that in turn saves them money that they can put towards the learning and instruction budget, and that in turn gives the students a better experience at that school, is that equity or is that sustainability?” Leonard said. “If we’re truly thinking about health and well-being, the resiliency and sustainability of all people, then we are going to build stronger communities that sustain us as a society and as individuals. You can’t go wrong focusing on equity. They hold hands.”

“They can go hand-in-hand and we can solve both, because we need a planet to be here that’s livable for us,” Curlee said. “Like how it relates to climate justice, it’s those people that are living in those areas that are also going to be the most affected by climate change. By solving for climate change, we are then also inherently working towards a more equitable solution to the way we live.”