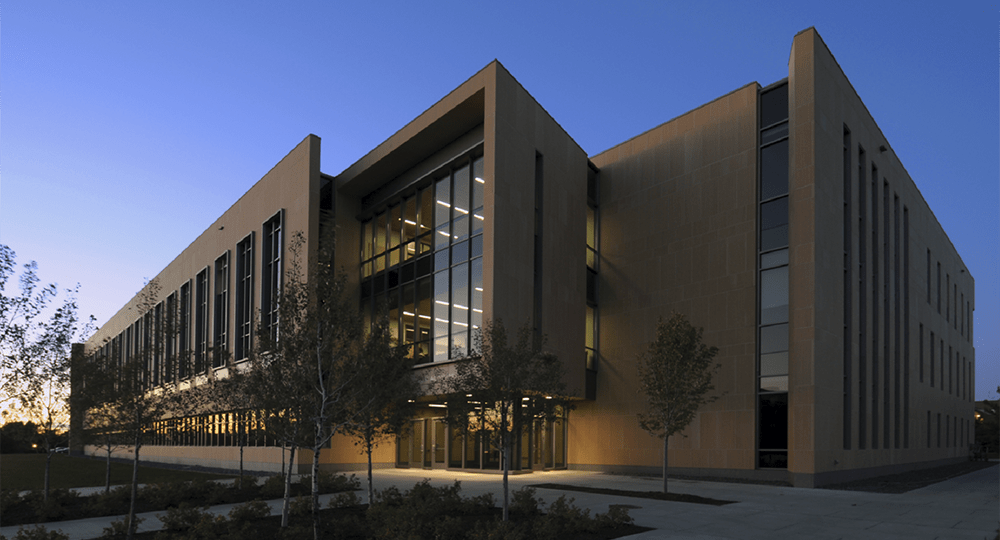 In 2020, NASA reported the year as tying 2016 for the hottest on record. The five hottest years on record are ones that have occurred since 2015.

From prolonged fire seasons to stronger hurricanes, longer droughts, and more flash floods, the impacts that both a warming planet and changing climate are having on lives and infrastructure can no longer be dismissed. With buildings generating 40% of greenhouse gas emissions, and the global building supply predicted to grow another 2.5 trillion square feet by 2060, it’s placed the architecture, engineering, and construction professions in a central role mitigating those impacts if not reversing some of those temperature gains.

Turck joined Tom Hanley, AIA, LEED AP, managing principal of BWBR’s Madison, Wis., office, on the Side of Design podcast to discuss the evolving landscape for sustainable design and how the recently established AIA Framework for Design Excellence is influencing the thinking on and designs for modern spaces.

Adopted in 2019, the Framework for Design Excellence is a set of 10 principles that firms of any size can use to evaluate project performance. While other initiatives in the profession have focused on energy performance and trying to achieve net-zero energy use by 2030, the Framework brings forward a more holistic approach to address people, infrastructure, the environment as well as buildings.

“We need to recognize that we’re designing buildings to serve the communities for the next 50, 100, or more years. And it’s a huge responsibility, not just in terms of sustainability, but how we want to function as a society.”

In early 2020, BWBR announced it would incorporate the Framework principles into the evaluation of the projects on which it works. Additionally, the firm would raise its performance baseline to push projects further in energy efficiency or energy neutrality, a commitment it made through the Architecture 2030 Challenge. Already, Turck said the firm has achieved facility designs that operate 70% more efficient than buildings designed in 2000. At the moment, though, the target is 80%.

“The 80%, I think everyone that I’ve talked to agrees, is a whole other level of achievement,” he said. “But as we start to incorporate more renewables into projects, it is becoming more of a reality. The building industry has a long way to go, and we need to work together as a design teams and contractors and owners and everyone in the supply chain to really improve our game.”

Hanley said what the Framework adds to the baseline is a holistic lens to evaluate both energy performance as well as resource consumption and the facility’s relationship to the area in which the facility is sited.

“The energy performance is always something that’s out there in front, and the carbon footprint is right there with it,” Hanley said. “Of course, these are aspects that address the biggest threats to our civilization, but sustainable design really encompasses so much more than that.

“We’re fortunate that the American Institute of Architects has come out with the Framework, which is a great tool for us to use as architects. It broadens out to include things like social equity and wellbeing and our surrounding ecology and how we address that and how we use resources, which is so much more encompassing.”

“We need to recognize that we’re designing buildings to serve the communities for the next 50, 100, or more years. And it’s a huge responsibility, not just in terms of sustainability, but how we want to function as a society,” Turck said.

“[I]t’s not just about energy, but it’s about creating meaning in these buildings for people, that alone, I think, will help us to allow that building to serve us for many more generations than they’re serving us now. And that will be a big step in sustainable design.”

For BWBR, Turck explained the Framework provides a foundation for the development of the firm’s own performance baseline that is used to set high performance goals for its project and push those projects to meet more than just code minimums. Beyond the Framework, the baseline is informed by engineers, contractors, and owners to define what standard practice should be that go far above those minimums.

“We’ve used it several times on initial project kickoff workshops, where it really is helpful to engage the client and other stakeholders in the dialogue. Even if they’re not familiar with the design process, it starts off with questions like, ‘What’s the big idea for the project?’” he said. “You can really set the goals, and then use that as your sort of North Star as you go through the design process.”

Hanley said this is important as it gives the owner a greater opportunity to elevate the project’s performance, rather than being limited by an pre-established budget that doesn’t accommodate the appropriate costs.

“All too often we run into a project where we’re midstream in design and somebody suggests adding some strategies to improve energy performance, but they will have some first-cost associated with them,” he said. “If we have the conversation early on with the client about what the advantages are, long term, over the next 5, 10, 15, 20 years and demonstrate a return on investment, that more than covers that initial cost in a short amount of time. The decision to incorporate that’s going to be different than if you tried to squeeze it into a budget that isn’t accounting for that cost.”

“One of the things that I really enjoy about the AIA’s Framework for Design Excellence is that it covers so many broad topics, and it doesn’t explicitly mention sustainability,” Turck said. “If sustainability isn’t the highest priority for the project, at least going in, you can still use the same tool and have the discussion.

“Every project uses energy. Every project uses water. It’s just a matter of discussing and deciding where your project wants to set its goals. Having those discussions are just inherently a way to have the dialogue and hopefully set higher goals than people normally would without having the conscious discussion of, you know, what’s in the project and what’s not.”

Hanley said he thinks these type of conservations will only become more integral to project design as stakeholders such as patients, students, and office workers inquire more about how healthy is the facility and how equitable does it treat the community with its presence.

“One of the very first questions in the Framework for Design Excellence is something to the effect of, ‘What makes the project one that people will fight to preserve?’ And I think, if we can start looking at buildings that way, and it’s not just about energy but it’s about creating meaning in these buildings for people, that alone, I think, will help us to allow that building to serve us for many more generations than they’re serving us now. And that will be a big step in sustainable design,” he said.