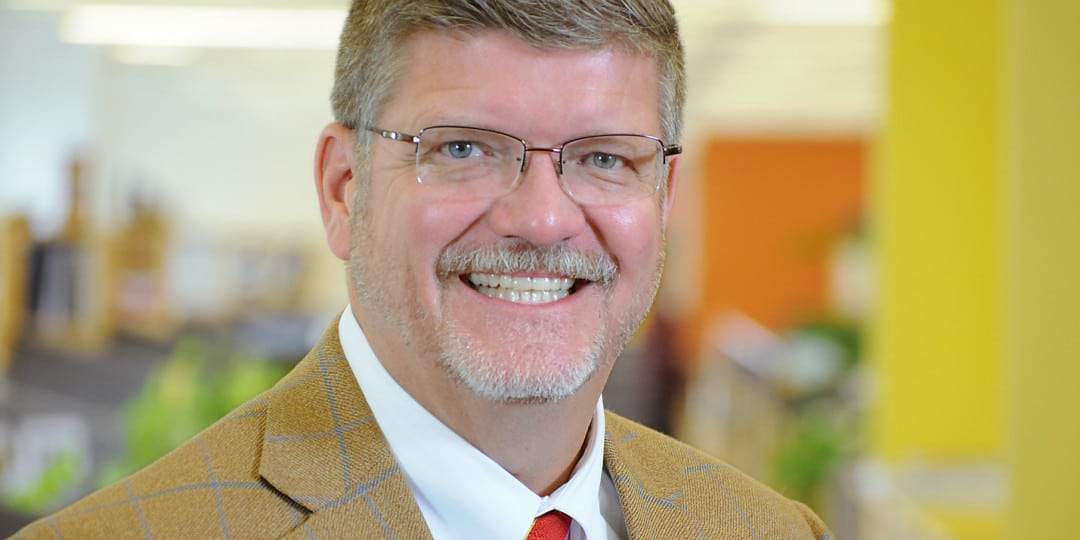 Pete Smith, AIA, president and CEO of BWBR, recently was elevated to the American Institute of Architects’ College of Fellows, AIA’s highest membership honor for exceptional work and contributions to architecture and society. In naming Smith a Fellow, AIA cited Smith’s advancement to the profession as reason for his investiture.

“In my career I have been fortunate to have mentors and colleagues that have shown me paths to success, both as an architect and as a professional,” Smith said. “This honor is the result of those influences, and I thank them for pushing me to see the potential in both myself and in our profession to be leaders.”

Smith joins Lloyd Bergquist, FAIA, as principals at BWBR to be named to the College of Fellows. A 32-year veteran in the profession, Smith joined BWBR in 1987. He was named a principal 10 years later and became a director in 2006. In 2011, he was named the seventh president of the now 95-year-old firm.

Under his leadership, BWBR has launched a number of initiatives aimed at improving business practices, elevating design beyond its aesthetic value, and diversifying the profession. For the past four years, the firm has been named one of the best managed firms in the nation by PSMJ, a leading consultancy to the architecture, engineering, and construction industries.

In that same period, BWBR established academic partnerships with the University of Minnesota, North Dakota State University, and University of Kansas sponsoring and supporting research by students. Smith led the firm to become a member of the University of Minnesota Consortium for Research Practices that studies the impact design has on building occupants, users, and the community. Research sponsored by BWBR has already appeared in peer-reviewed journals looking at outcomes and the influences of design.

“Organizations from health care to education to Fortune 500s are more complicated and dynamic as ever. Through research, designers can make more informed decisions that leverages design thinking to improve both human and business performance,” Smith said.

Smith also has launched initiatives such as BWBR YOUniversity, BWBR’s Women’s Group, and a FLEX work program to capture such dynamic shifts occurring inside the firm. The initiatives build on the firm’s strong culture, increase the number of female owners in the employee-owned firm, and create a work environment that puts a premium on knowledge-sharing and mentorship.

Twin Cities Business magazine named Smith as “Someone to Know in 2016,” a list of business, government, and non-profit leaders in Minneapolis-Saint Paul who are making an impact in the region.

“Our success is built on the foundations of making others successful. That is true for our firm; that is true for our clients; and it is true for ourselves,” Smith said. “Rather than seeing this as a culmination of a career, being named an AIA Fellow is a call to lay the groundwork for the next generation of architects and design thinkers.”

Only about 3 percent of architects are named a Fellow. This year, AIA will elevate 178 domestic and eight international architects to the College of Fellows. Smith will receive his Fellowship medal during the Investiture of Fellows Ceremony April 28 at the AIA Conference on Architecture 2017 in Orlando.