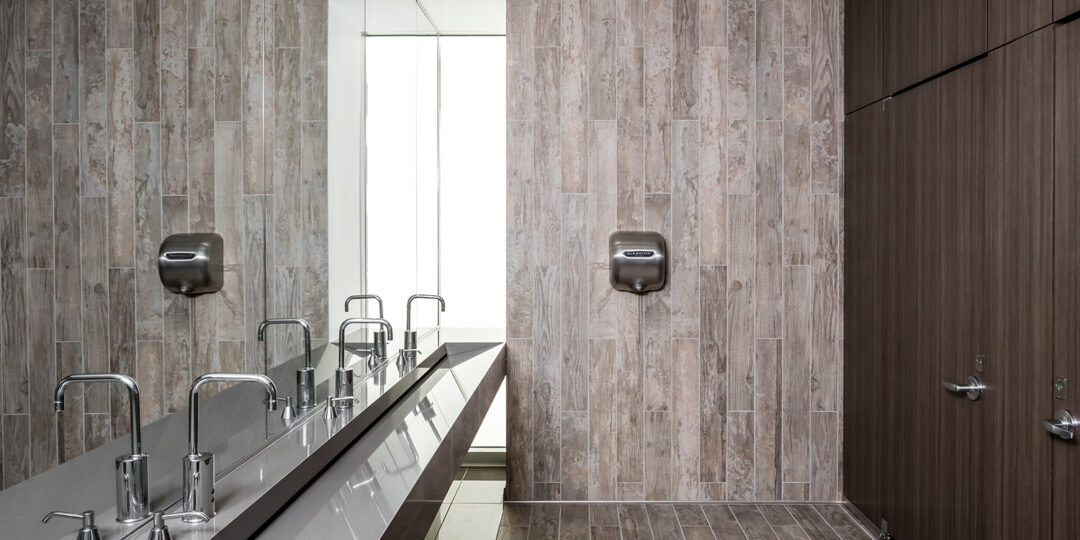 Design plays a critical role in making people feel welcome and safe. From accessibility to gender inclusivity, design is about more than who can enter a space – it also sends a strong message about who is warmly invited to enter a space, just as they are.

To discuss the intersection of design and social justice, particularly when it comes to issues of gender equity, BWBR sought input from a special guest. Dr. Kathryn Anthony serves as a national spokesperson on gender issues in design. She’s the longest serving female faculty member at the School of Architecture at the University of Illinois at Urbana Champaign. She’s the author of several books on inclusive design and the recipient of numerous awards, including the 2020 Lifetime Achievement Award from Chicago Women in Architecture, and the 2021. Topaz medallion for excellence in architectural education. Dr. Anthony has been featured on ABC World News with Diane Sawyer, CBS Sunday Morning, CNN, NPR, the LA Times, and The Wall Street Journal, to name a few. She has even testified before Congress on gender equity in public restrooms.

Dr. Anthony is a pioneer in this field. While her interest in this topic goes back several decades, she can point to two moments that underscored the need for this type of work – one public, and one personal. In the late 1990s, headlines were dominated by the horrific murder of a 9-year-old boy who used a public men’s restroom at a beach in California. His aunt was waiting outside for him when the perpetrator, a stranger, entered the restroom and slashed the boy’s throat. It sparked a conversation about safety, particularly the fact that the boy’s aunt couldn’t accompany him and thus he was left vulnerable.

Around that same time, Dr. Anthony’s husband was being treated for cancer, and was wheelchair-bound for a short time. Using public bathrooms was prohibitively difficult for him, and yet Dr. Anthony couldn’t join him in the restroom to assist him. “It made me think, this is not right. And what about people who must go through this every day of their lives? Something is wrong with the typical men’s and women’s rooms. When people need help and caregiver attendance, they shouldn’t be forced with the choice [to violate rules or leave someone unattended].”

These issues tap into not only gender but also ableism and even time equity – demanding additional time for certain groups of people to complete tasks when that time isn’t equally demanded of others.

And of course, the incidents Dr. Anthony refers to took place more than 20 years ago. Does that mean we’ve figured out all the solutions? Far from it. “In a nutshell, I’d say the current state of equity and inclusion in design is definitely getting better, but it has a long way to go,” says Dr. Anthony. She notes that part of the progress stems from a significant increase in the number of women and persons of color entering the architecture field. Yet, again, there is much work to be done.

We at BWBR recognize the issue as a profession – we have a long way to go both in terms of inclusivity of the people who get a voice at the table. And also in terms of looking at the ways that our buildings currently serve people, and how they can be re-imagined to serve and include an even greater percentage of the population.

One clear area of opportunity: inclusive restroom design. As a firm, BWBR is exploring ways that restroom layouts can be adapted to serve people with a variety of needs, and across a whole host of spectrums from gender to ability.

When Dr. Anthony thinks of her “favorite restrooms” in terms of inclusion, she thinks of those at La Jolla Shores in California, where there are two sets of “beautifully designed” all-gender restrooms. “Everyone waits in the same line, so either nobody waits or everybody waits.” This, Dr. Anthony explains, eliminates the common burden on people who identify as women and girls needing waiting in longer public restroom lines. This can be adapted elsewhere. BWBR is currently working with St. Paul Public Schools to design restrooms with open sink areas and private toilets. We’re also working on the Family Partnership Project to implement a series of all-gender, inclusive restrooms that have a toilet and sink in a single, enclosed space.

“I give my compliments and kudos to BWBR, for taking the time to really address these issues. And, BWBR’s emphasis on Diversity and Equity and Inclusion is really important.”

Other ways to improve: designating all single-unit restrooms as all-gender rooms, accessible to everyone, as is mandated in California. Dr. Anthony also emphasizes the importance of family restrooms with accessible amenities such as toilets and sinks that can be accessed easily by children or individuals with disabilities.

How do we get to a place where restroom equity is the norm? It starts with thought leaders in architecture and design making it a priority. Funding is also a motivator. Dr. Anthony has advocated for economic stimulus dollars to be used to improve sanitation and rebuild our nation’s restrooms. As for how those dollars would best be spent? It’s simple: Clean. Safe. Accessible to all. “Public restrooms are an extremely important public health issue, and a civil rights issue that affects all of us,” she says. “It’s not just a women’s issue. It’s not just a persons with disabilities issue. It’s not just an issue for the elderly population. And it’s not just an issue for people who are transgender, though it’s important to note that we are grateful to the transgender population because I think if it were not for their advocacy of this issue, the all-gender restroom movement would not have had as much traction.”

The final takeaway: “Let’s bring restrooms into the 21st Century and make them wellness centers and refreshment centers, not just restroom centers.” For everyone.

You can learn more about Dr. Anthony at Kathryn-Anthony.com or explore BWBR’s equity work here.