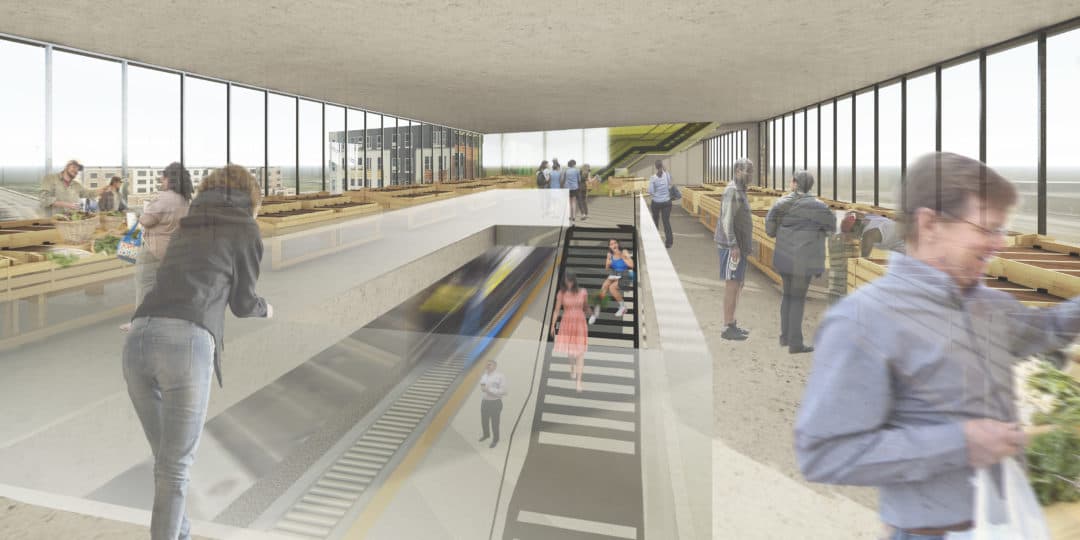 Du’s award-winning design, Lake/Hiawatha 2.0, takes an existing light rail station and evolves it from a transit platform to a daily hub for an entire neighborhood. Investigating the poetry of “ordinary living within an urban context,” Du introduces an indoor space for the Midtown Farmers Market as well as an in-house seasonal restaurant and food pop-up. A rooftop garden is created in tandem with the market as a place for the residents to be productive. 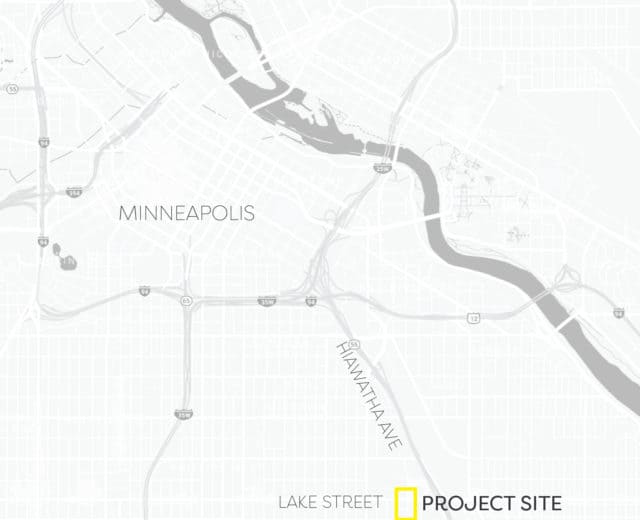 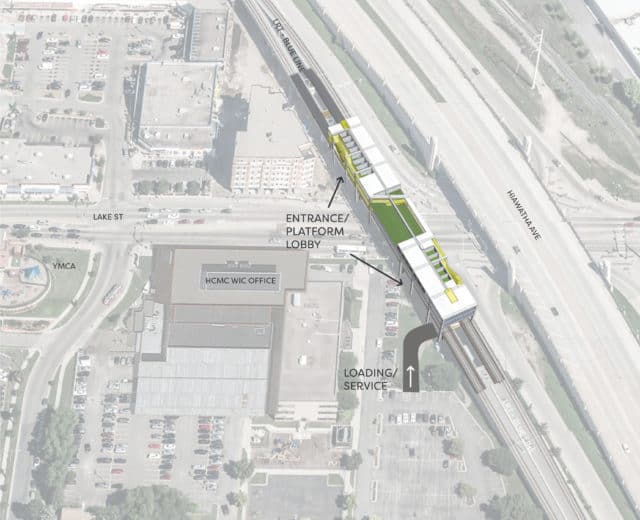 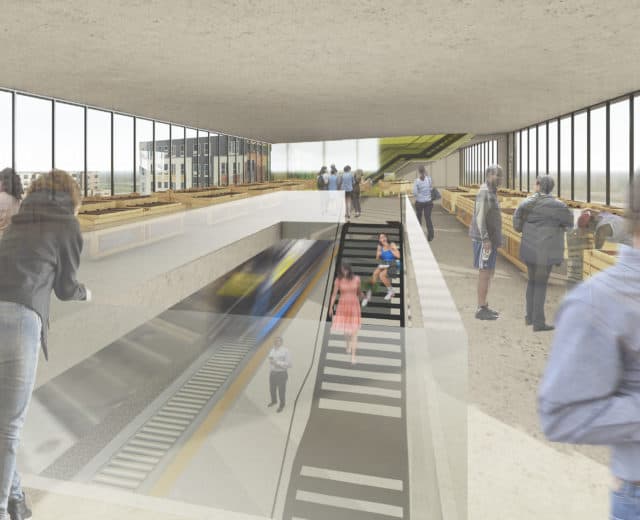 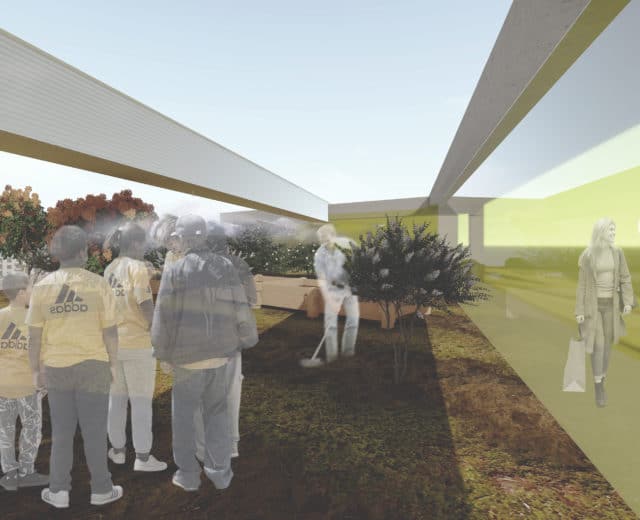 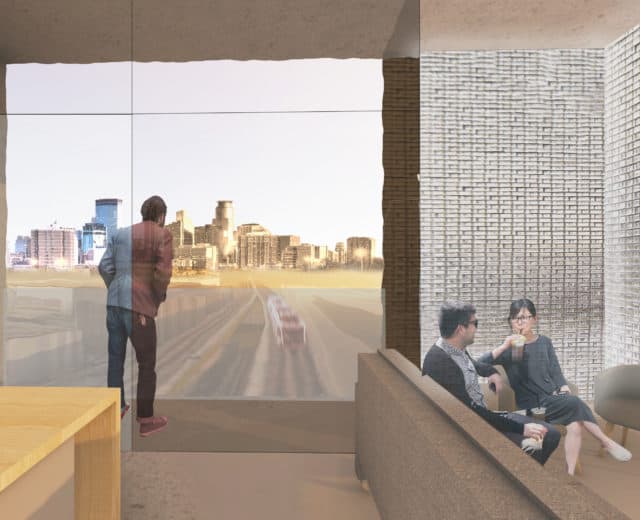 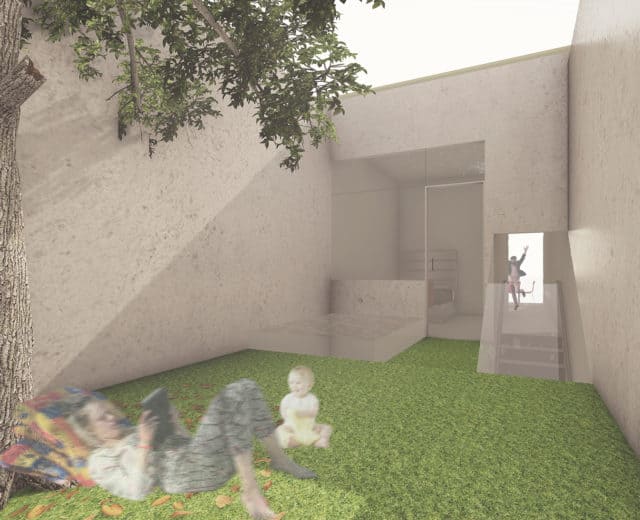 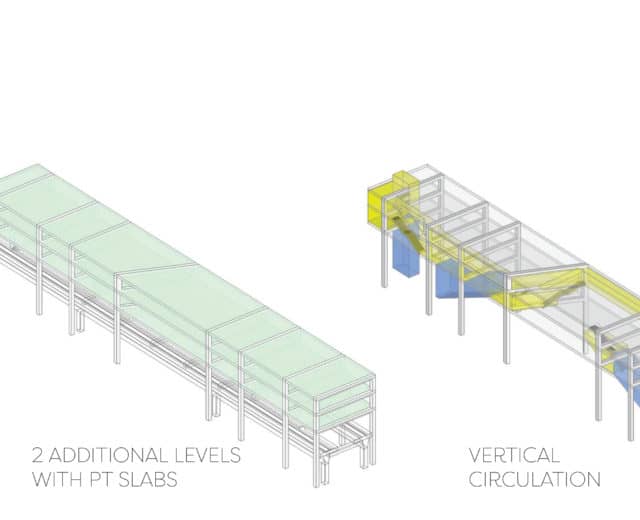 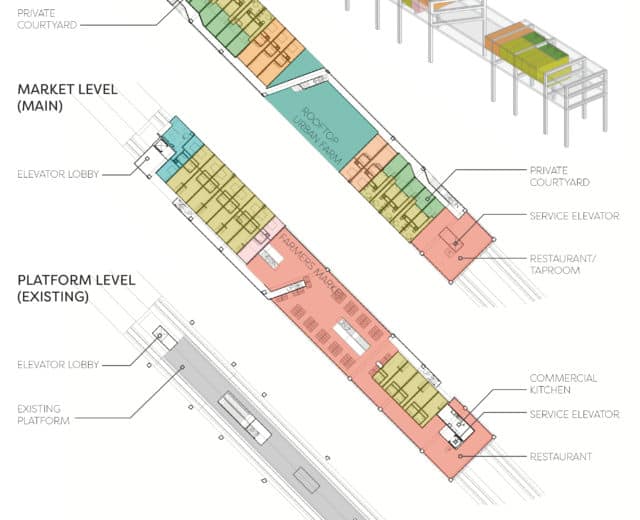 In the design, the public/community programs are arranged parallel and permeable to the residential units that offers an intimate, human-scale respite. The series of multi-sensory experiences that highlights human conditions as well as urban context elevates and celebrates a sense of place, purpose, and belonging of the residents.

The Ralph Rapson Traveling Study Fellowship is an annual competition administered by the Minnesota Architecture Foundation to recognize design talent and advance their architectural education through foreign or domestic travel-study. Assigning designers a theme each year, this year designers were charged to create an affordable housing project for a focused, or mixed, residential needs on a site of their choosing. Designers were charged to keep the ideas at a high level.

Awarded since 1989, the traveling study fellowship honors Ralph Rapson, FAIA, who led the architecture program at the University of Minnesota from 1954 to 1984 and remained a practicing architect until his death in 2008 at the age of 93. Known for his Modernist styles and Bauhaus principles, his designs were known to orient towards the users of the designs rather than design principles. One of his most recognized projects includes the original Guthrie Theater and Riverside Plaza off of the West Bank in Minneapolis.

“It’s an incredible honor to just be a finalist, let alone winning,” Du said. “This project clarified for me that, at its best, architecture emboldens everyday life to be an enriching experience, and the beauty of it far exceeds any ceremony or monument. And I plan to continue that exploration with the fellowship.”

Du, a native of Chongqing, China, earned his Bachelor of Architecture Degree from Chongqing University and his Master of Architecture Degree from the University of Minnesota. Among his recent professional work includes the new Hennepin Healthcare Clinic and Specialty Center, Self Esteem Brands/Anytime Fitness corporate headquarters, and an exploratory study for Greater MSP of development potential for the old Ramsey County Government Center/West Publishing site in downtown Saint Paul.