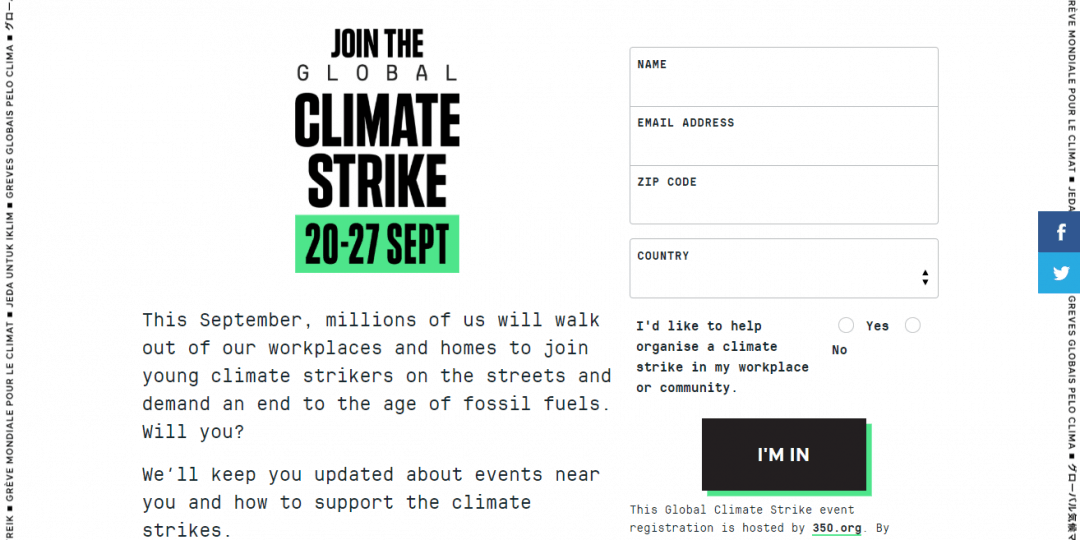 Tomorrow, headlines across the world will document a massive movement designed to grab the world’s attention to the global climate crisis. With events in Omaha, Madison, Saint Paul and around the world, the Global Climate Strike is galvanizing youth to bring attention to the crisis climate change is causing and challenge political leaders to take action.

As designers of facilities that have a direct impact on our planet’s resources, we would be abdicating our leadership if we did not take a stand to show our support for this movement.

Friday, our website will go green for 24 hours as a show of solidarity with the students participating in the marches. Consider it a “digital strike.” Deservedly, the students should have the spotlight on this historic day. By using our digital platform to show support for student movement and joining in on the movement’s registration page, we are both raising the issue as a topic of conversation with building owners and designers while allowing the students to have their platform and find their voices in this cause.

We know that, collectively with our engineering consultants and building owners, we could be doing more to improve the performance of the spaces we design. We also know, working upstream on the creation of these spaces, we have a role as designers to be leaders and advocate for a better and more responsible built environment.

As Jesse and Sara wrote recently, this is more than an environmental issue. It is an equity issue, because communities that can least afford the effects brought by climate change will bear some of the greatest impacts, whether that’s in rural areas whose economies will be transformed through climate change or in urban areas where higher energy and food costs will disproportionately impact communities already struggling financially.

When we signed the 2030 Commitment, it was more than a cursory act. It was a commitment to be leaders on the issues of energy and climate. It was also a commitment to act in the interests of everyone who will come after us. This important action the students are taking should be recognized and we’re proud to support them in raising the issue of climate change and action to combat it now.