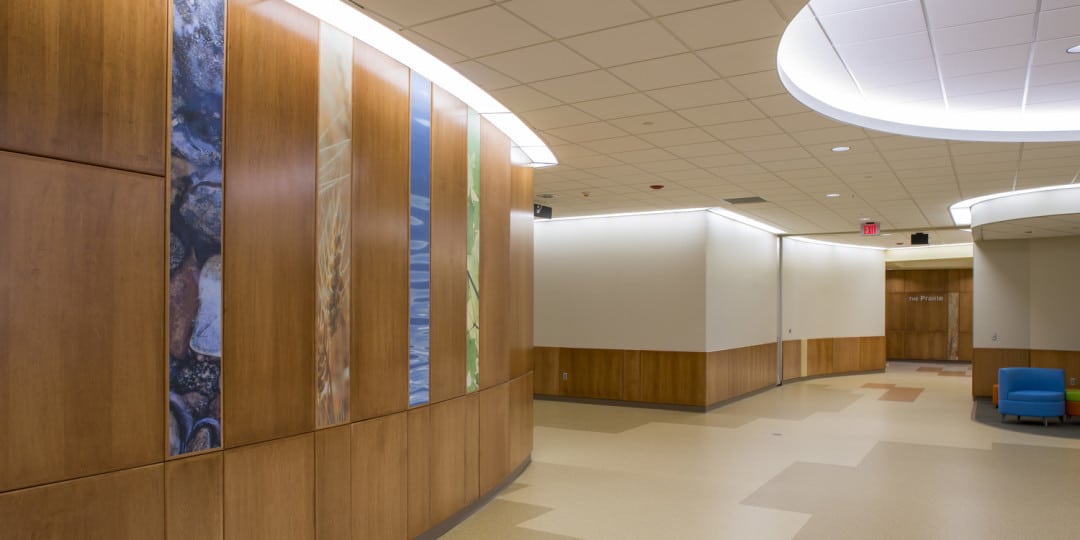 ‘Autism-friendly:’ Adding to the Language of Design

I remember the day like it was yesterday: November 13, 2013. It was the day my life changed; not for the better, not necessarily for the worse. It just changed. On November 13, 2013, my youngest son, Micah, was diagnosed with autism spectrum disorder.

Since Micah was very young, my wife, Teresa, and I noticed something different in him that we did not see in our two older boys. Teresa was the first to notice something odd. Perhaps it was his constant humming when he would focus on something or his delay in communication abilities. But it wasn’t until we received the formal diagnosis on Nov. 13, 2013, before I finally accepted the fact that my son was “different.”

From that day, my life has been different. It is filled with doctor’s appointments, meetings, and on occasion, embarrassing melt-downs in public places. To those who don’t know Micah he can seem in those instances like a spoiled 5-year-old boy who doesn’t get his way. But in reality, he’s a caring, loving and energetic boy who enjoys football and Power Rangers and is filled with compassion for others.

The autism spectrum population is growing at a steady rate. Many non-profit organizations can no longer meet the increased demand for services or have long wait lists to accommodate those with a new diagnosis. School districts are reevaluating their educational programs to meet the needs of the steadily growing population.

New schools are being constructed that are designed to handle the unique needs of these students. As a design professional, if you are involved in the planning of a school that will serve those with sensory processing disorder, I would encourage you to ask questions to ensure the design meets the needs of the population.

As a Deputy State Fire Marshal I’ve inspected school buildings designed for students with special needs. I’ve received phone calls from frustrated superintendents after staff has been sent to the hospital because they were attacked by a special needs student who became violent when he heard the fire alarm activate. I am certainly not condoning violence by those on the spectrum, but it would be remiss if we didn’t evaluate what caused the student to react the way they did and to try to prevent future occurrences.

There are other options. Many of the special needs schools that I have been involved with as of late are installing an emergency communication and voice alarm system that use signs to replace the visual strobes of the fire alarm. A voice giving instructions to evacuate replaces the loud horns throughout the building that has caused some students to react violently towards others. Curved corridors help prevent students from getting distracted and running towards an exit door. What appear to be minor details like blocks painted on the floor can help students not interfere with other peers’ personal space.

Odds are someone you know has been affected by autism spectrum disorder. Before Nov. 13, 2013, I had no idea this disorder would have such an impact on my life. While we aren’t able to completely eliminate autism spectrum, we can work to incorporate into buildings an autism-friendly design strategies for those affected by this disorder. I would encourage you as a design professional to ask questions when working with special needs populations.

There is no “one size fit’s all approach” to this issue. As a parent of an autistic child, I can say if we can eliminate or even reduce the number and severity of the episodes experienced by those on the spectrum by including autism-friendly design features in buildings, this will benefit everyone involved.

This column by State of Minnesota Deputy Fire Marshall John Swanson first appeared in the Spring 2016 issue of The Communicator, the official publication of the Minnesota Board of Architecture, Engineering, Land Surveying, Landscape Architecture, Geoscience, and Interior Design.  Many of the strategies referenced were included in the design of Karner Blue Education Center, a school specifically designed for students with severe autism and emotional-behavioral disorders.