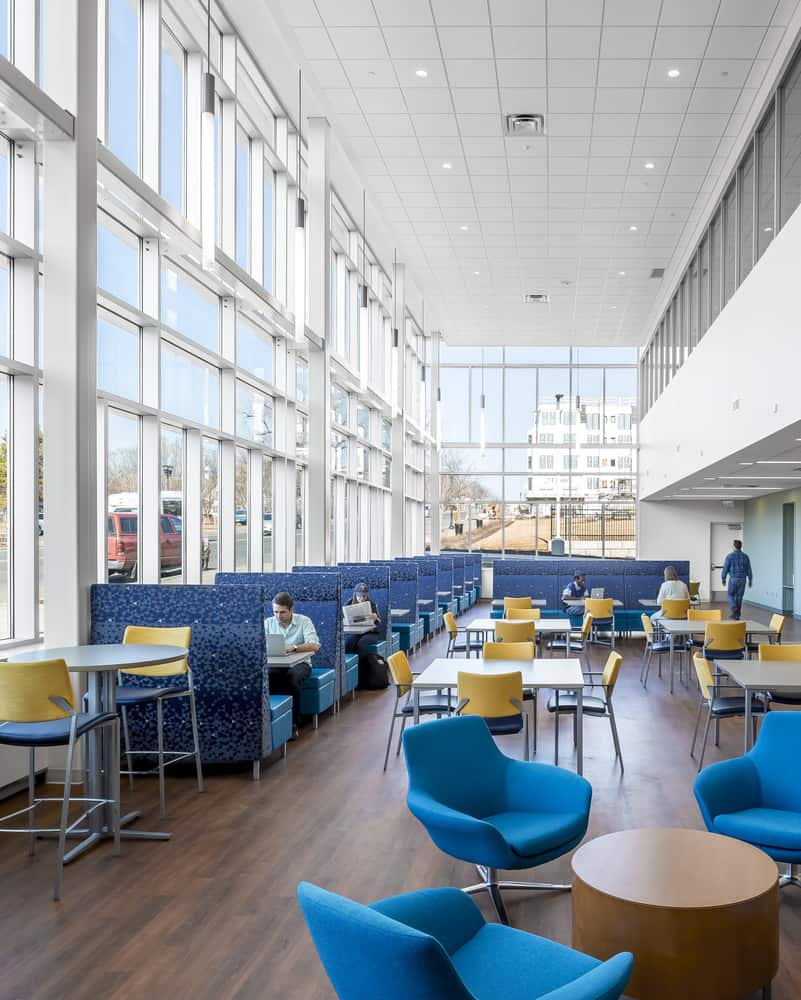 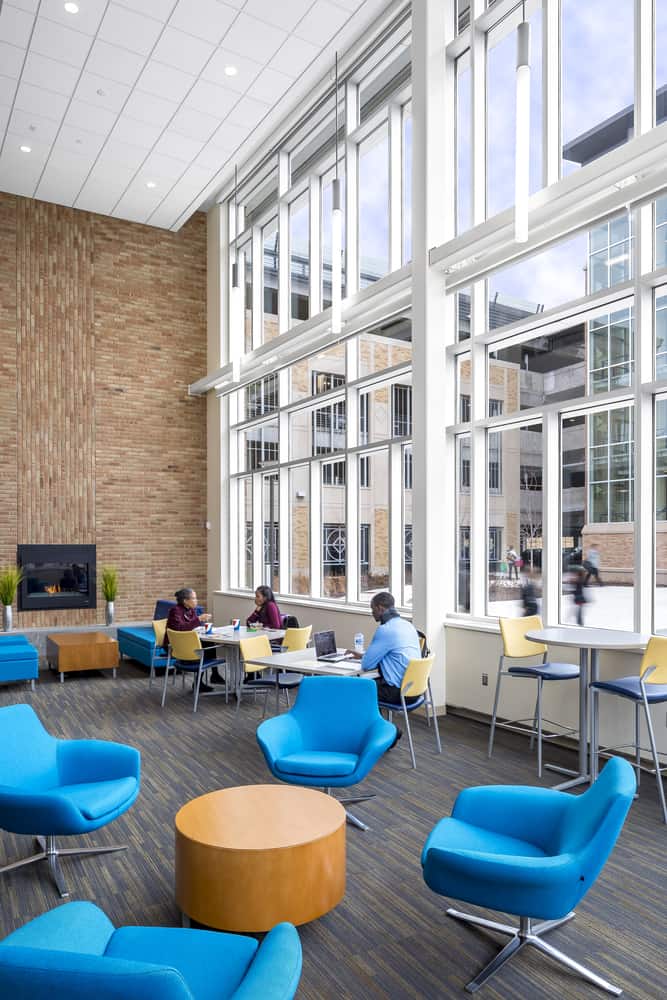 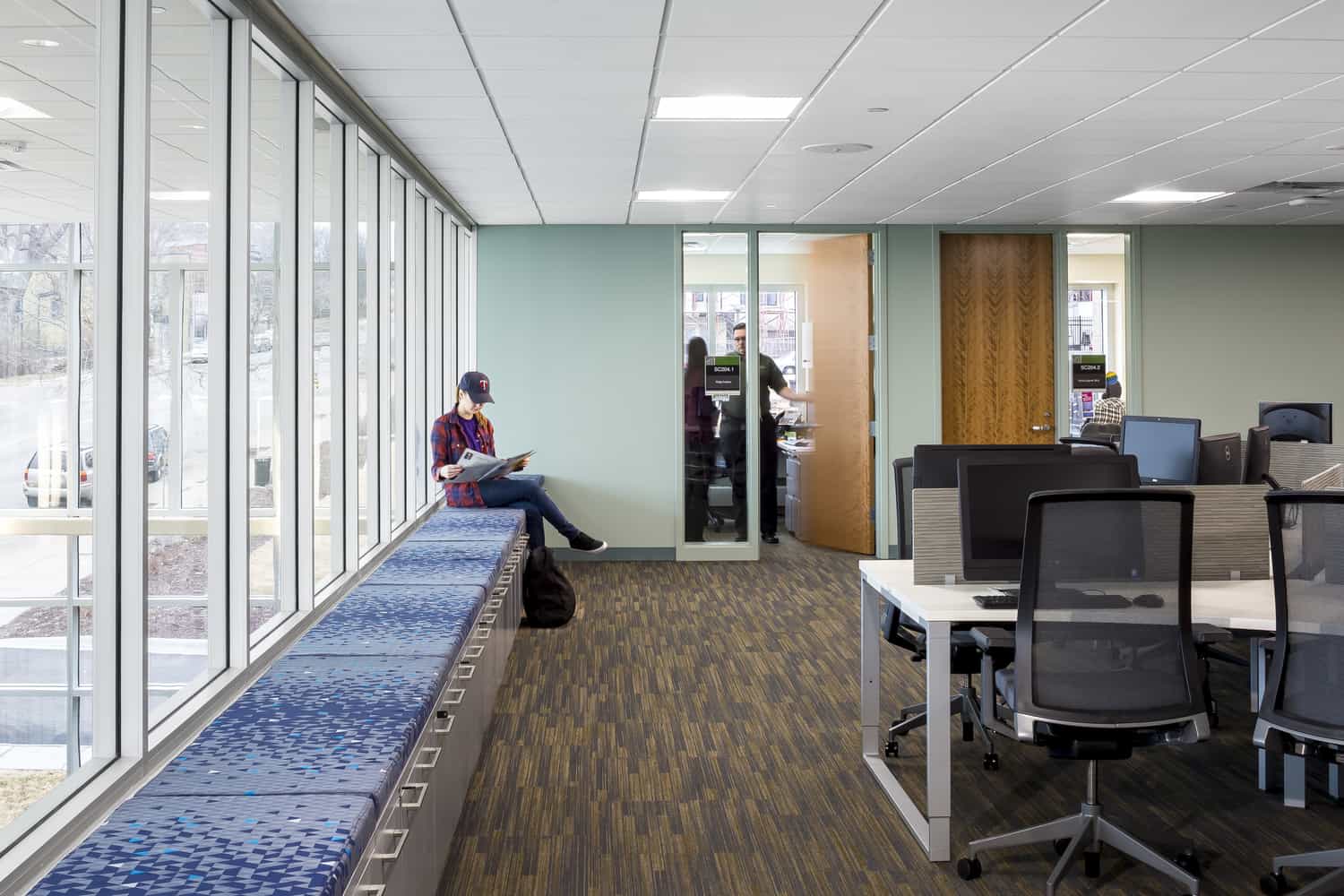 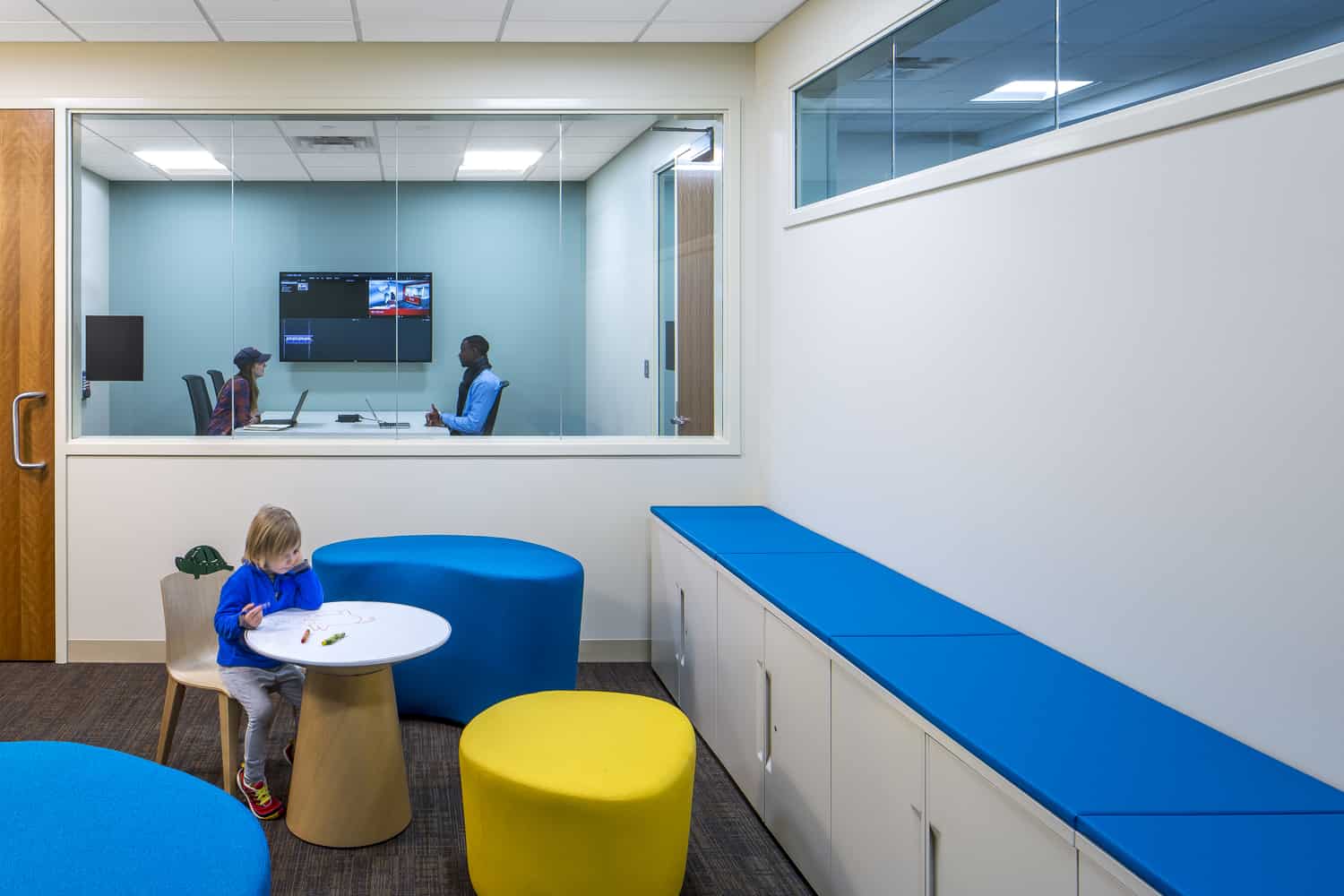 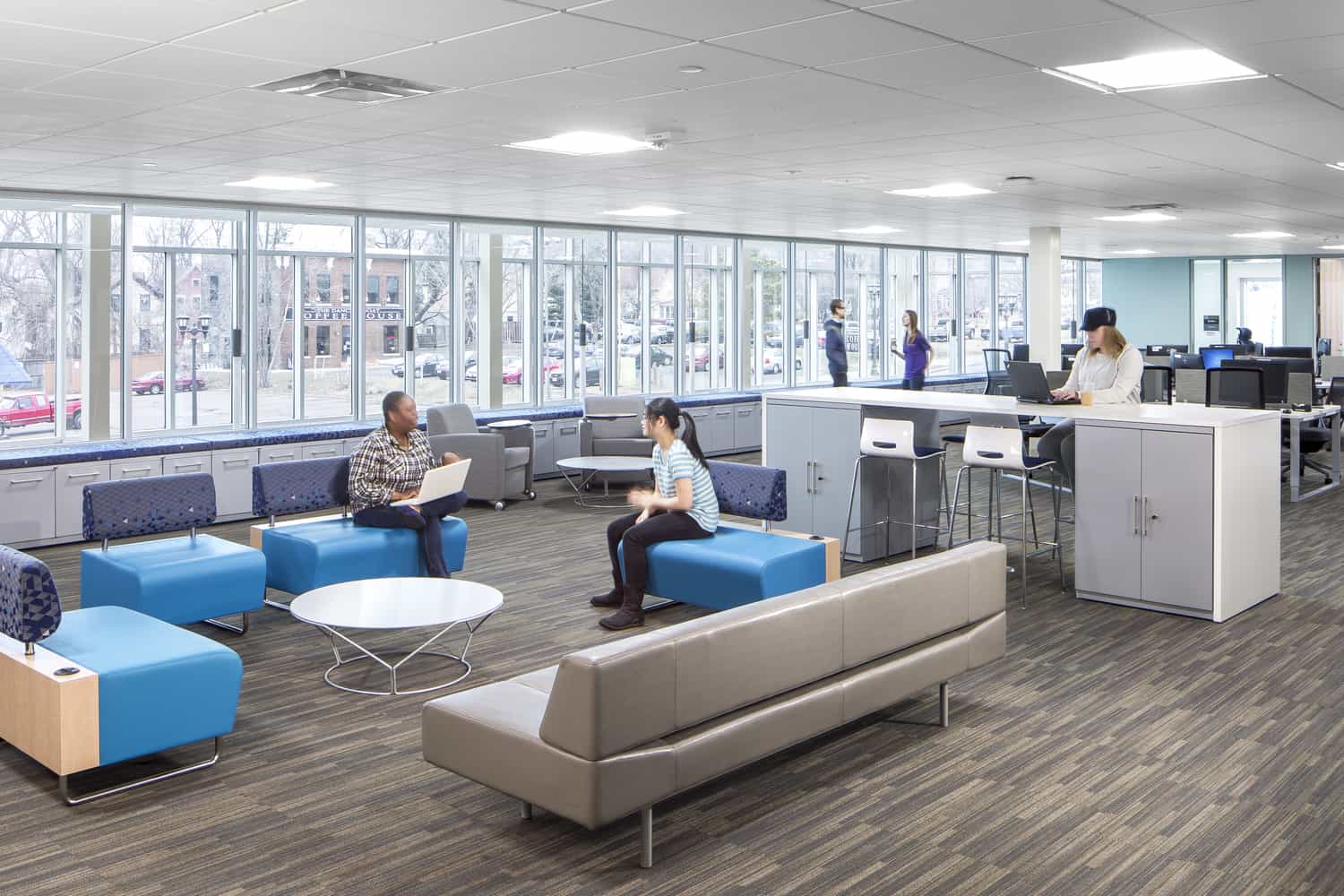 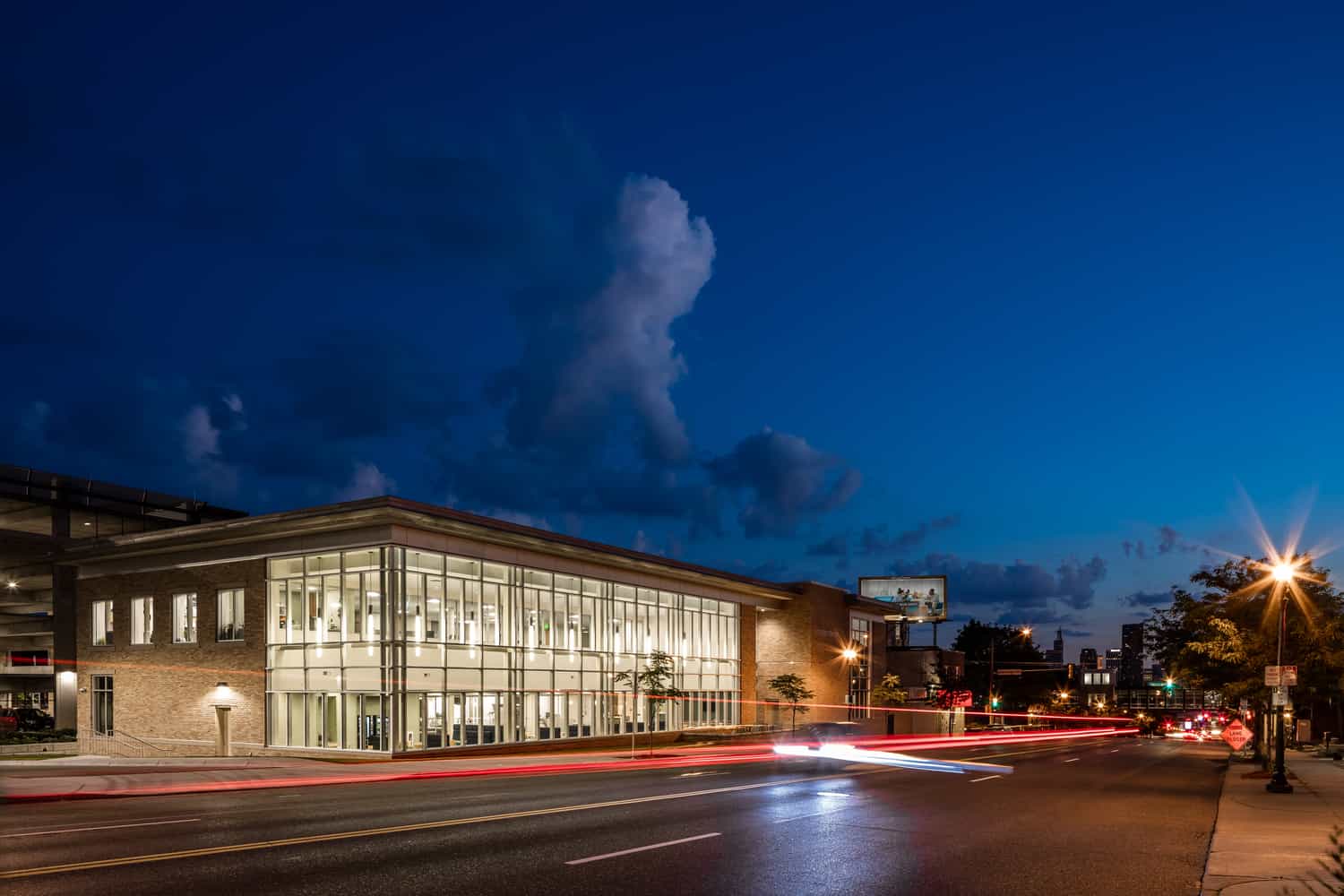 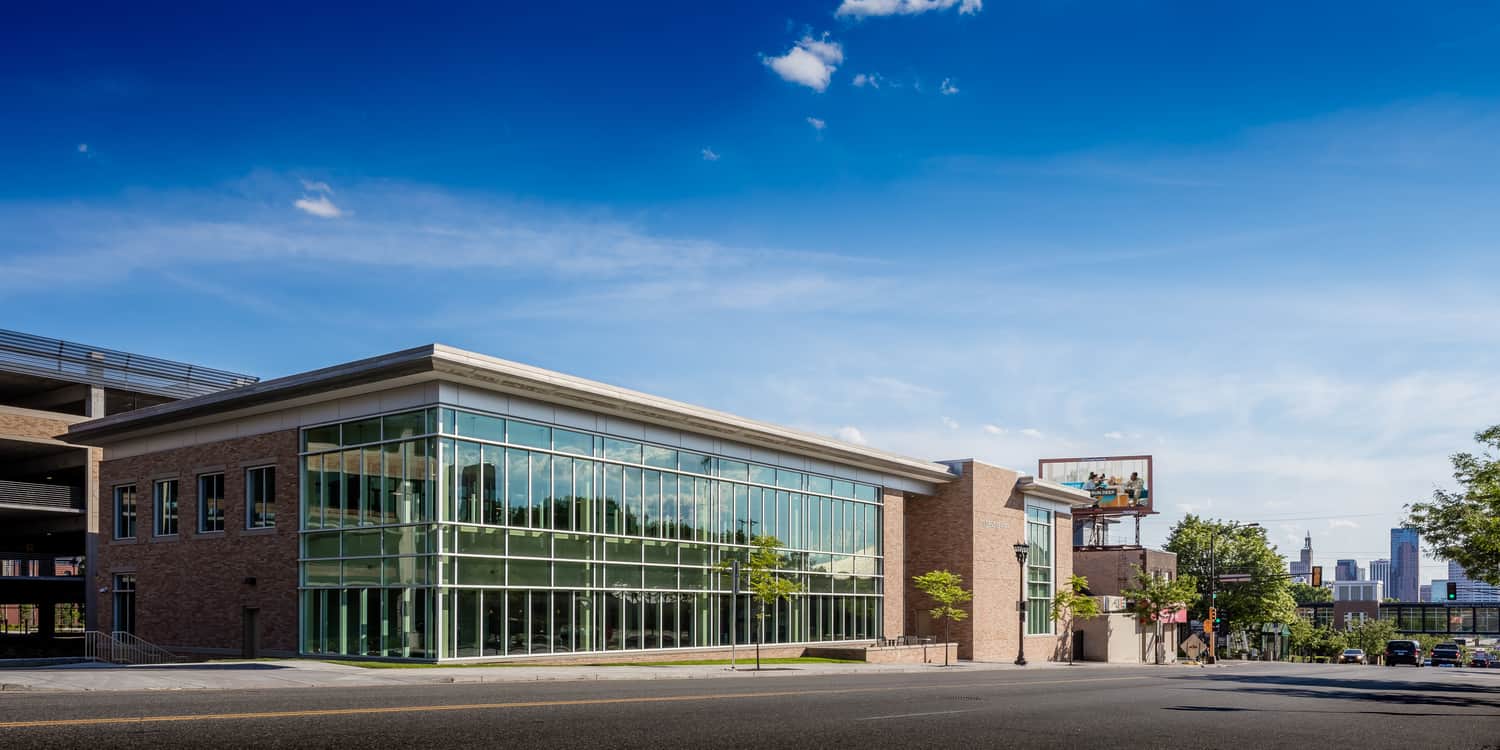 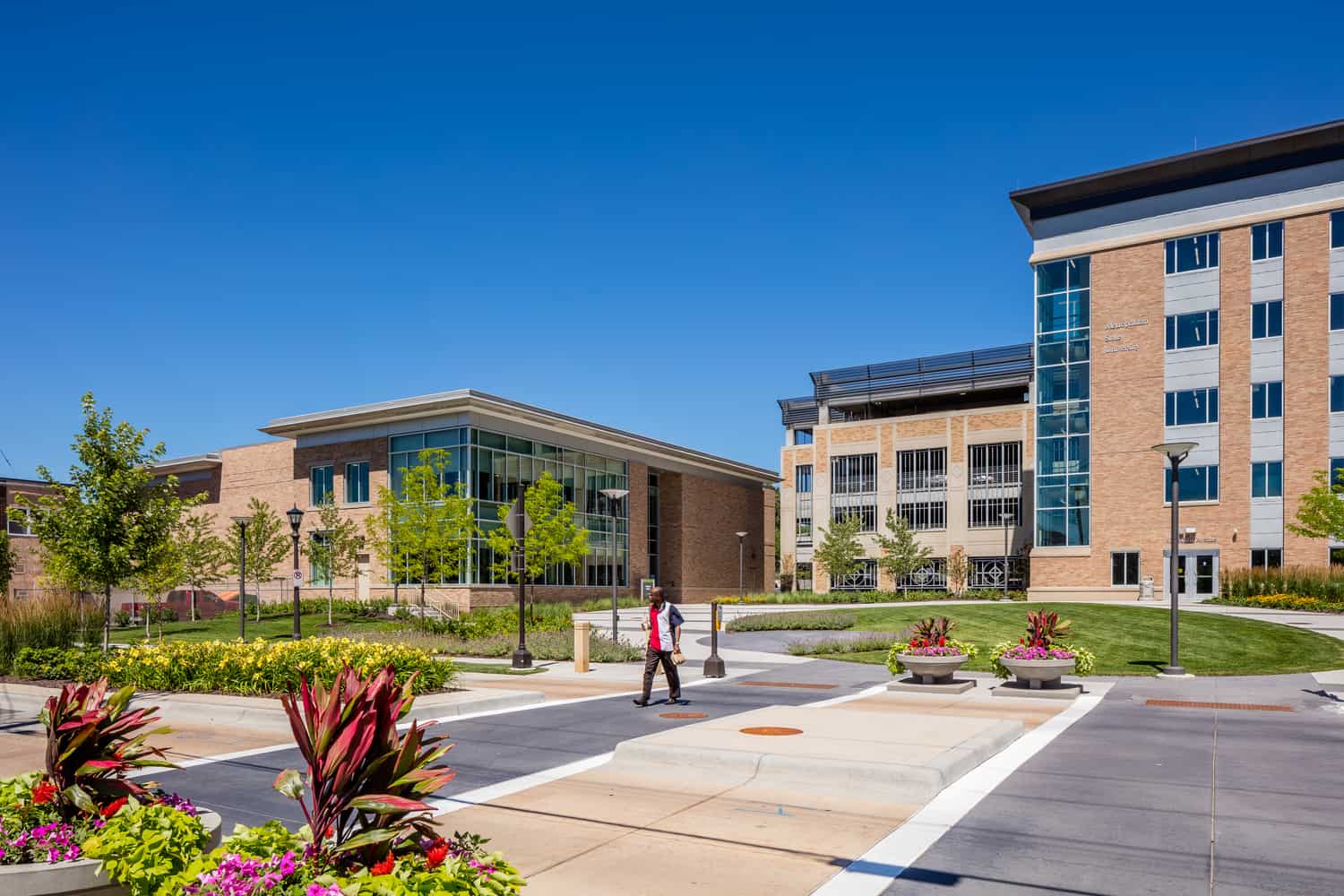 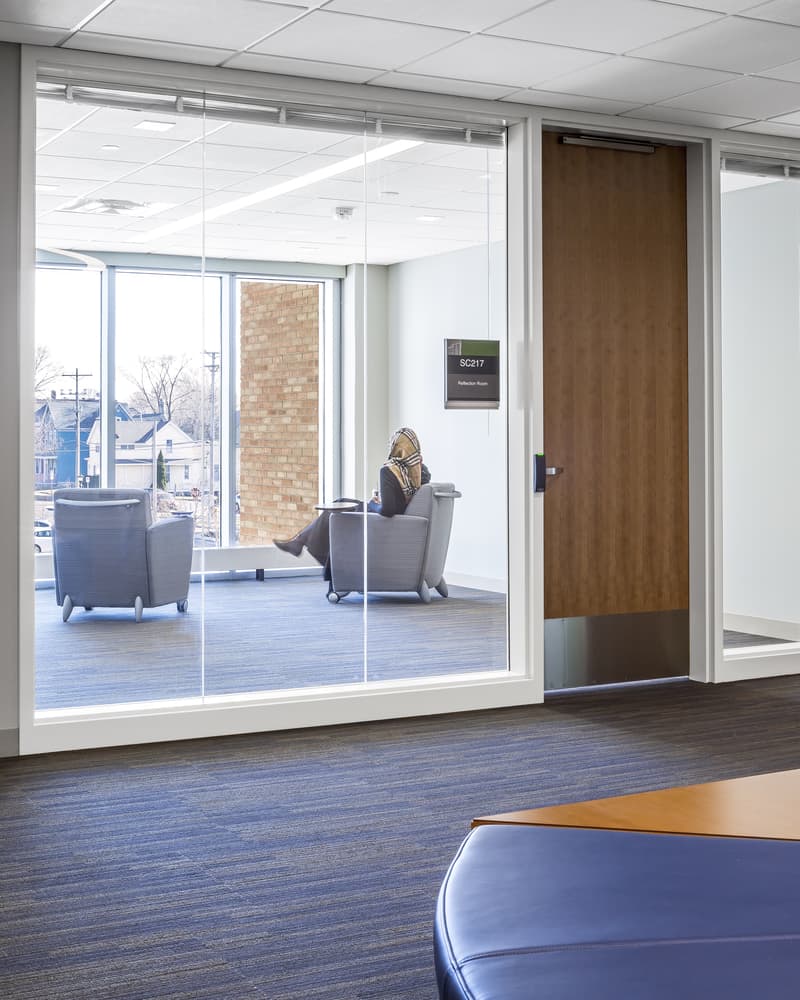 As the only four-year urban university in Minnesota State’s system, Metropolitan State University serves as a connector between the non-traditional learning and local communities. For Metro State’s population of part-time, adult, and first generation students, campus has always felt like home; however, after significant growth, a physical space to gather and learn outside of the classroom was needed. With BWBR’s design help and a fast-tracked schedule, the new Student Center fulfilled that role for the first time on campus.

Special accommodations to support the many variations of post-traditional learners were considered in all areas of design. An informal lounge with a fireplace is a key student destination, with furniture arranged in clusters to provide multiple studying and gathering spaces for both single users and small groups. Gender-neutral restroom facilities afford privacy and dignity. Considering that some students have families with young children, a study room connects to a children’s play space which is clearly visible through large-paned windows. Flexible, adaptable, and sustainable, the new Student Center has become a hub of interaction and collaboration for this diverse urban population.

Designed in collaboration with Stantec.