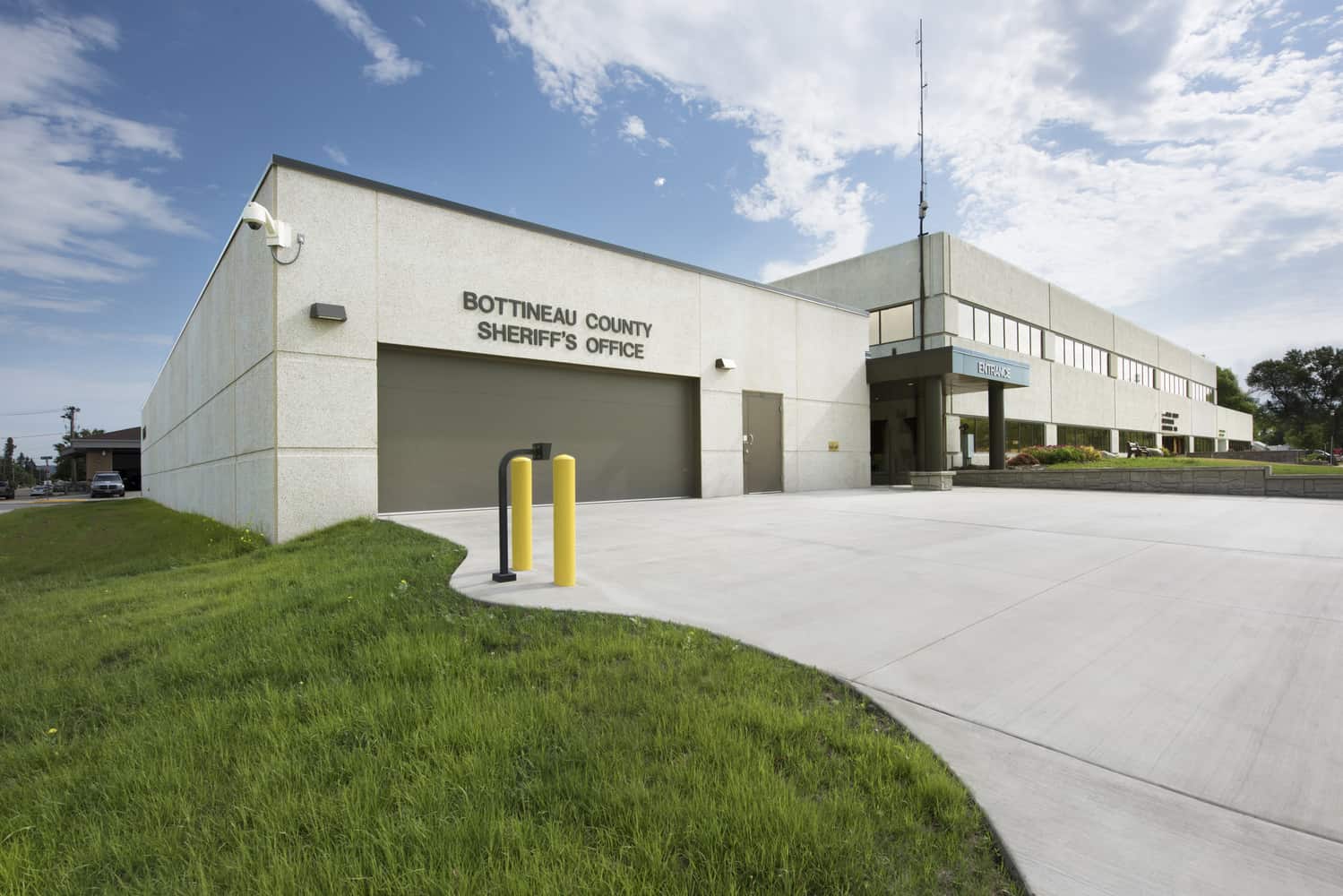 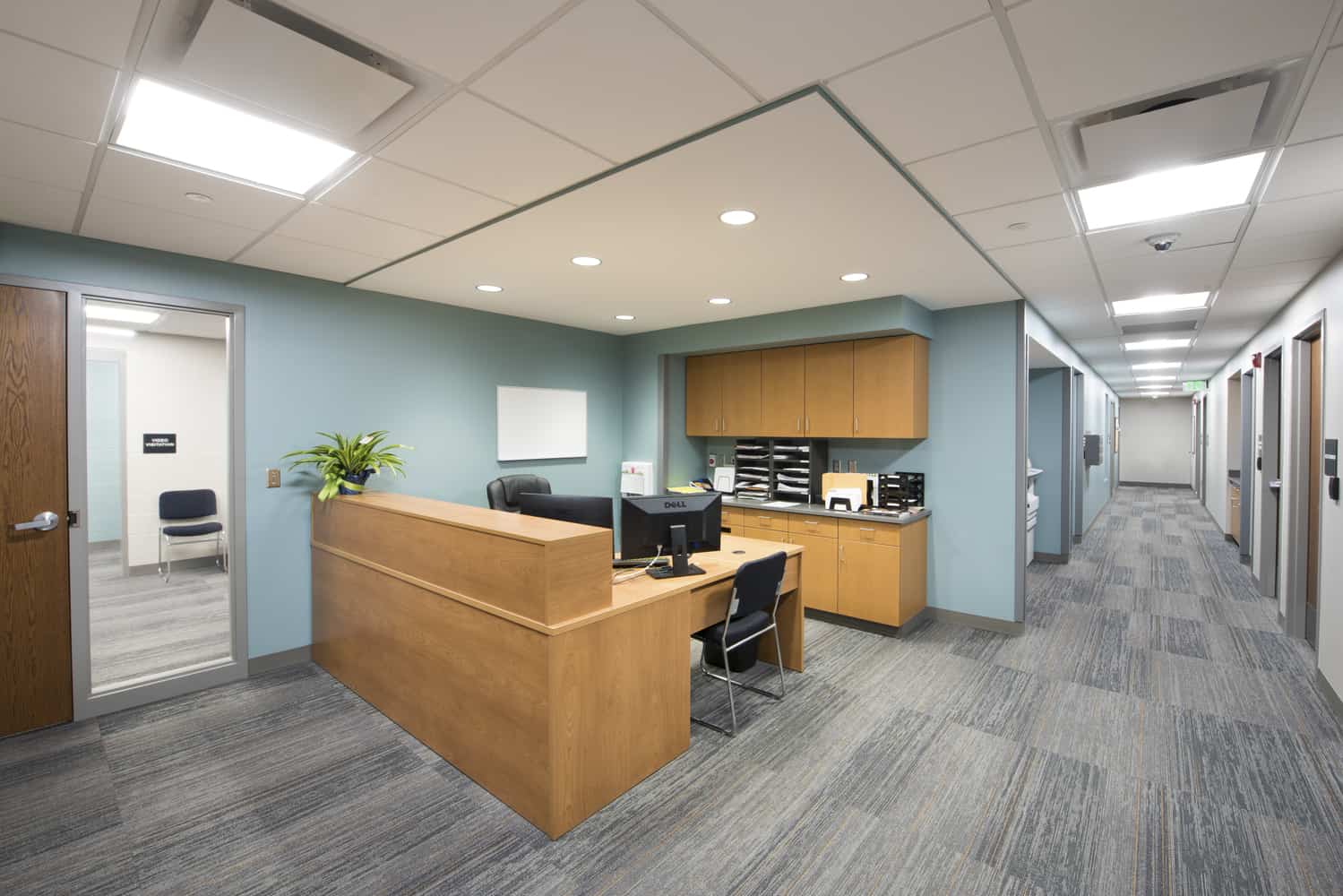 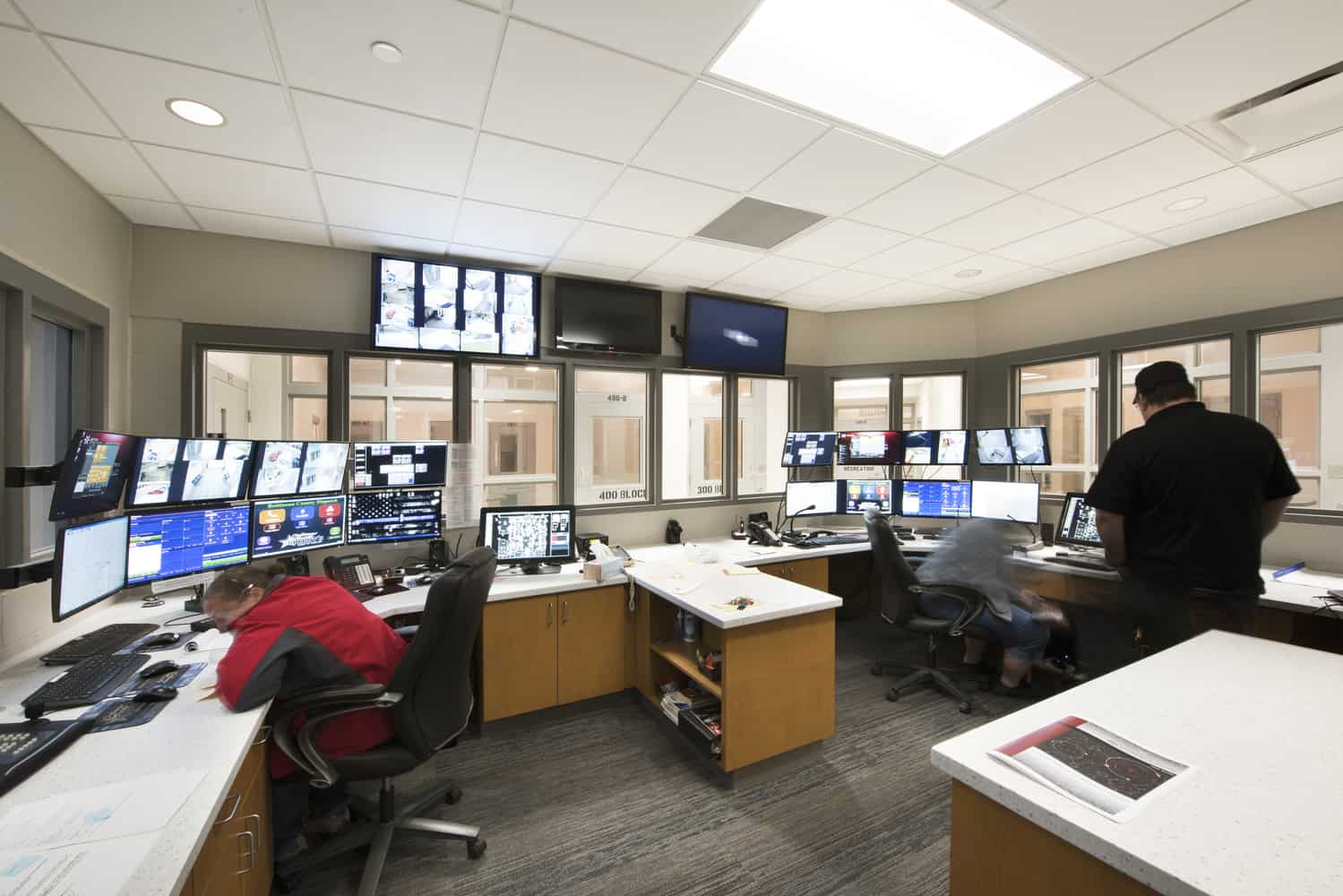 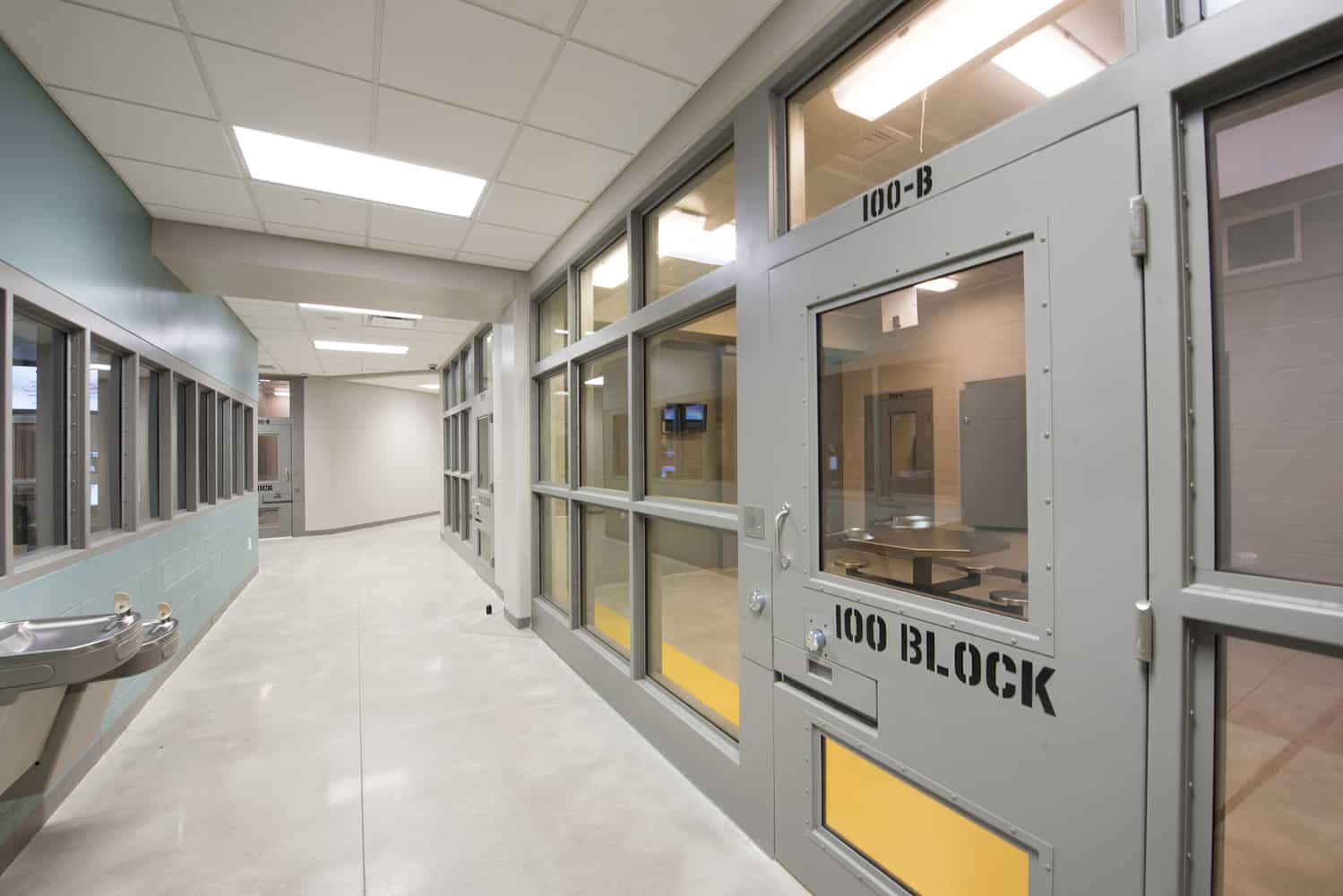 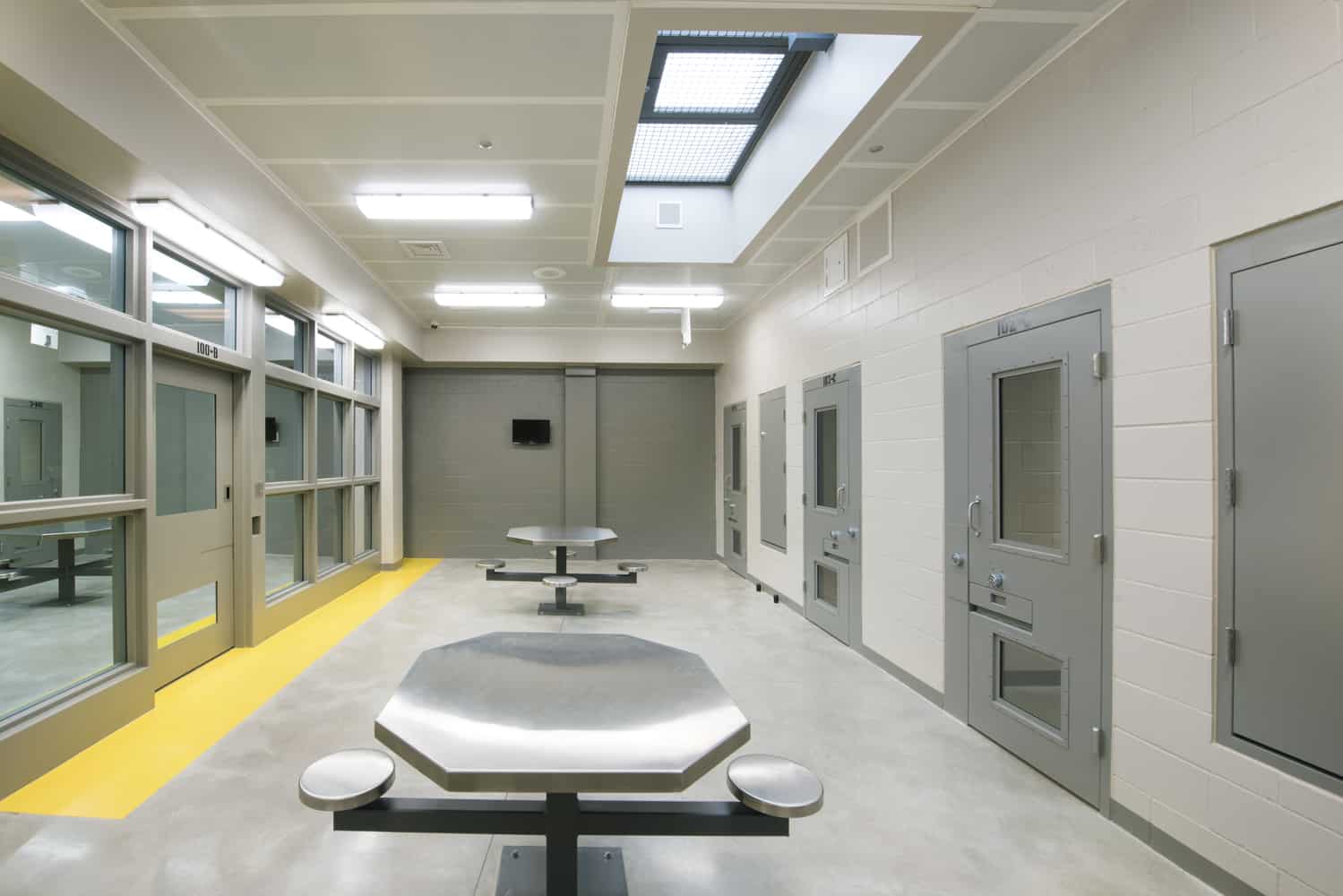 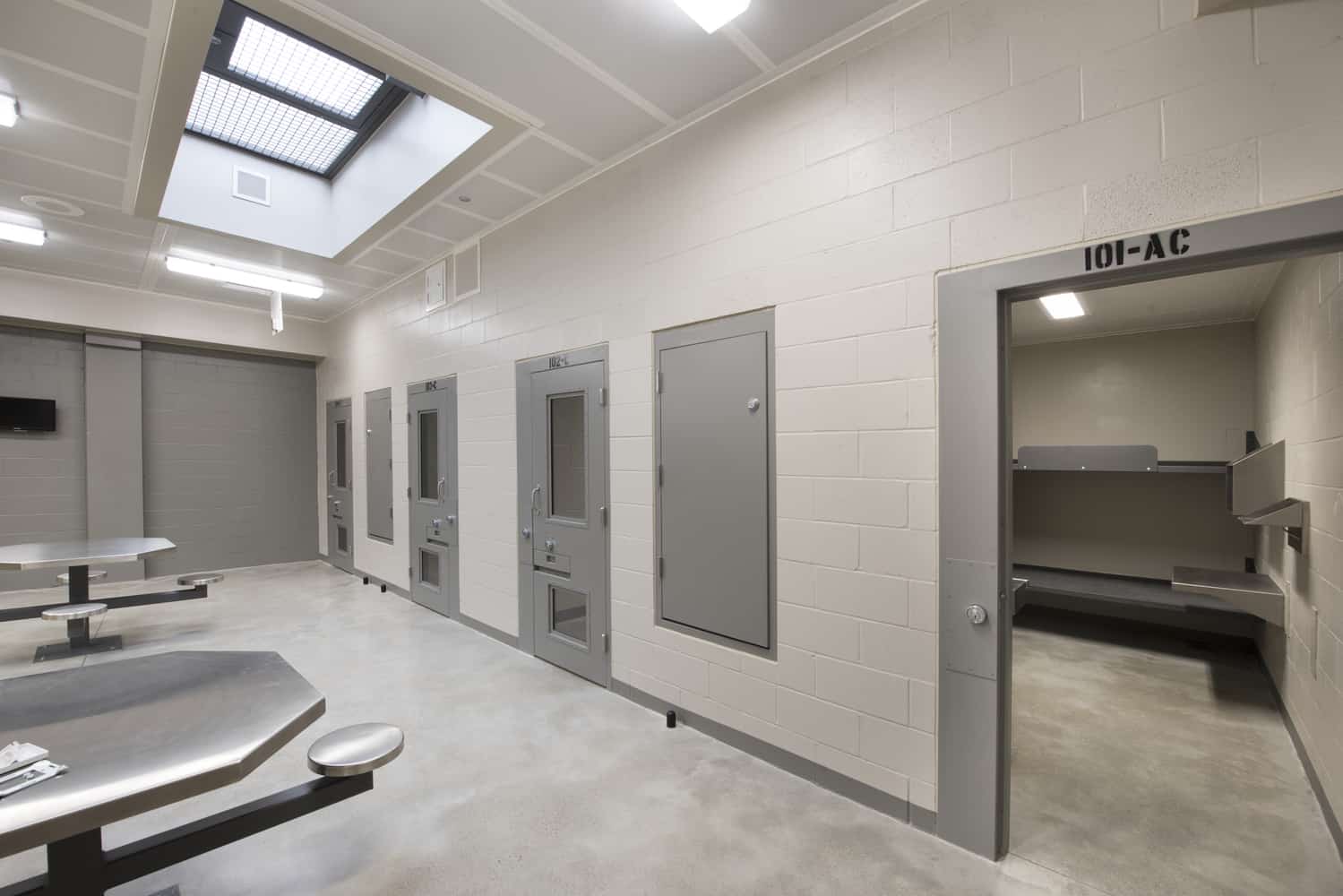 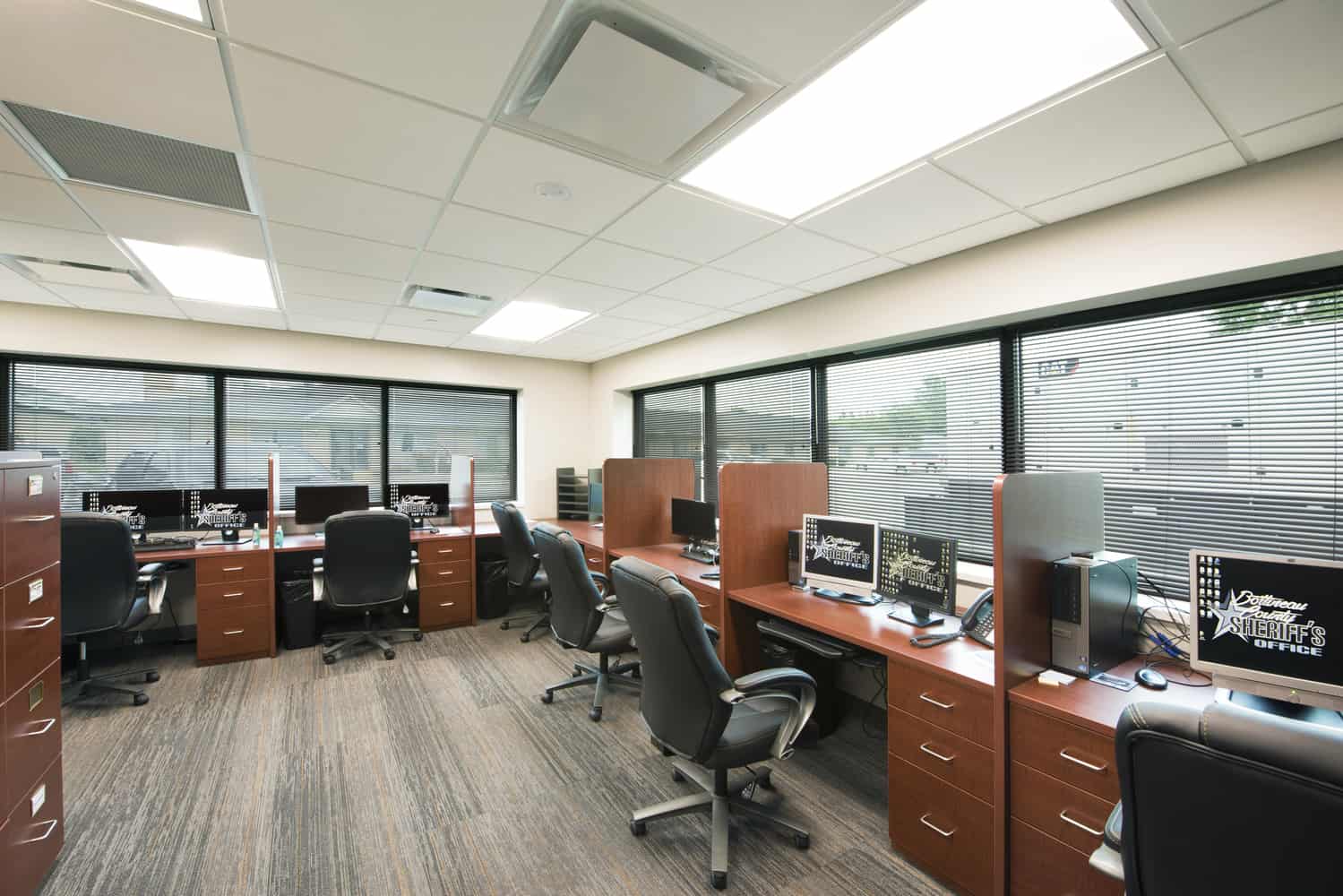 Growing need, coupled with safety and security concerns within an inefficient and outdated facility, prompted a planning study for a jail addition and remodel in Bottineau County. A joint project between BWBR and JLG Architects, the team conducted the study and designed the facility’s upgrades and expansion. The project more than doubled inmate capacity, improved efficiency and flow, added a state-of-the-art electronic security system, and was completed under budget.

The design solution upgraded and improved the operations through which deputies processed arrestees into the facility. For the first time, a secure intake was incorporated into the facility, featuring a series of secure sallyports and holding cells. The jail itself was completely modernized and designed to comply with American Corrections Association (ACA) and North Dakota Department of Corrections and Rehabilitation jail standards. Each cell can be double-bunked for maximum housing capacity and features secure wall-mounted furnishings.